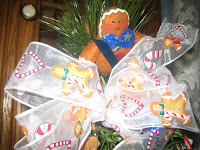 Friendship is the best gift.

Living in the Internet age means is that friends who move away are just a click away.

My friend Becky Neil, now lives in the (frozen) banana belt of Montana. I love her because ever since we met when I was eighteen, she worries about me and wants the best for me. Like my own personal guardian angel, the unseen Becky hovers through the keyboard- always nudging me towards what is Godly and important. She got me hooked on the Harvest Daily Devotionals by Greg Laurie.

I like them all, but the one titled "Heartfelt Acts" published on December first is very special this year when the Christmas Spirit is tame in homes across America. The lesson opens with how the Bible does not spend allot of time on the historic events of the Roman Empire. The text instead is thick with what is truly great. About people. Relationships. Home. About not fretting over when we have fallen. Give mistakes to God- He gives us the forgiveness we need to get back up. 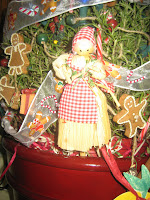 What Pastor Laurie taught in the story of the woman who bathed Jesus' feet was that "...it wasn't the gift that mattered. It was her heart behind the gift."

When you put out the Christmas decorations, you don't think about what you spent on those that are now traditions. You think about the memories they trigger.

Every year a small rosemary topiary tree is decorated in our kitchen. It is covered with gingerbread ornaments, candy and a ribbon which ties an ornament which came on a package many years ago. The corn husk doll has been with us since we were first married. The oils in the tree scent that corner of our home. The aroma transports me to family feasts of Christmas past. I see our my son, Trevor, carving the turkey with a surgeon's precision. I imagine Kenny, a growing child, playing fetch with the dogs. I remember my nieces and nephews stopping by on their way to see their grandmother- their eyes wide-open when handed their own presents. It didn't cost my family anything to give me these memories. All they had to do was show up and be themselves. In 1998 I was founding President of the Diamond Bar Republican Women Federated (DBRWF). Whatever it has achieved politically- policy is important- it is the friendships with a group of giving people filled with passion for common sense that keeps me coming back long after I left political life.
Jody Roberto (right) is special to me because she is the one who talked me into giving the invocations for the DBRWF It's been a privilege that brings me joy.
Outgoing President Jody, is holding up the sweatshirt custom crafted into the cutest sweater given to her as a token of appreciation for two years of leadership as President. The board arranged for the Americana inspired design to be done by Kathy Delgado. Senator Robert S. Huff (aka Bob) rushed Between Sacramento and Washington D.C. to be back home to swear in the incoming board.

Holding their certificates are Diamond Bar Mayor Pro Tem Carol Herrera and Edda Gahm. I love Carol because when I have a question she points me efficiently to good sources. The Pop Warner Cheerleaders were having difficulty this month finding sponsors for a trip. I sent a note to her- she wrote back with suggestions- I hear the fundraising goals were quickly met.
Edda is the trusted keeper of my secrets. 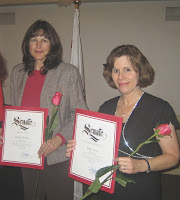 (L) Jolene Zirbes is a bank Vice President. When her late husband hired me as Editor of the community newspaper, The Windmill, I instituted the editor's column. Her reaction to that column still means the world to me.
(R) Patty Anis is the "quiet one". One of the most dependable people I have ever met. On Saint Patrick's Day I always raise a toast to our Saint Patty. 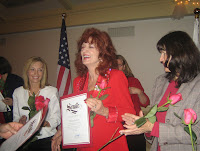 (L) Barbara Carrera- Incoming President- is eternally 21. One of the most evenly pleasant people I have ever known.
(C) Trisha Bowler- her name can be found in the dictionary under "loyalty".
(R) Jolene Zirbes 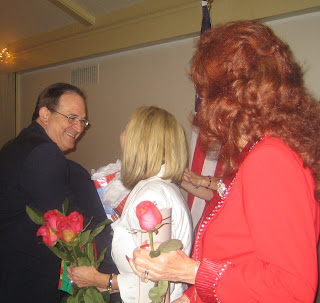 (L) Bob Huff- see the Senator's face light up- it does that whenever his wife, Mei-Mei, enters the room.
Shown with Barbara Carrera and Trisha Bowler- aka "Big Red".

There are many others attending that night. Too many to mention here. Some who are camera shy.
I used to wish there was money to buy you all presents for what you do. I wished I had time to make you all something special. But money and time are not commodities I am rich in.
But what I have- words and thoughts of good wishes- I give you freely. God Bless You, everyone.
Greg Laurie's Devotion " A Heartfelt Act" can be linked to directly at http://www.harvest.org/devotional/archive/devotion.html?date=2008-12-01
Kathy Delgado who turns sweatshirts into wearable art can be reached at 909-396-7181

As usual you have done a superb job in describing the officers of the club and capturing the event in photos.
Hey!! It just now hit me!! I know the PERFECT job you you, Miss Lydia!! Club Historian!!! Who better than the founding president with a camera and a gift for words?? I am going to push for this!! OK?
Thank you for your wonderful writings! I do enjoy them so much and as the talker that I am I nearly always had to comment!
Thank you and I am going to forward it on to some friends!
XO Trisha

Bless you, Trisha! I love it when people write in.
I am flattered- here's my deal.
When I started the year,I was deep into writing my first piece of fiction when I split the major bone in my forearm in two. Typing one handed- I was able to peck out my column and post here until I was out of the cast. The rest of the year I have played catch up.

When I get the first draft done- I will consider extra volunteer asignments. Until then- anything the club wishes to use of my work- whoever is fortunate enough to be historian may include what is appropriate from the blog.
If better resolution is needed on my photographs- that I can supply. The images taken by other people are notated at end of on-line stories. Those not in the public domain have been used with permission- these images- often by professionals- the actual owners need to be contacted for right to reprint.