This is a story which won't be rushed. It all started back in the mid 1800's with a beautiful window. 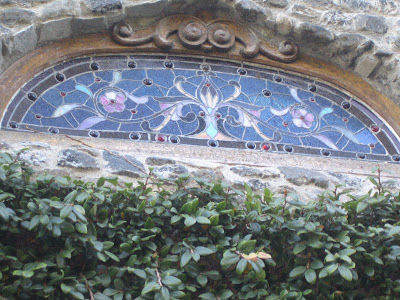 One century and a couple of buildings later, it was discovered by filmmaker Lance Lindsay.
The son of a prominent architect, when his father died, he left Lance twenty doors of rare Philippine teak. 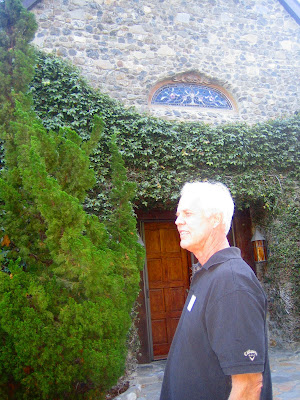 Lance found this L- shaped acreage nestled in the rolling hills on the north side of Malibu with an incredible view overlooking the Pacific.

Lance left the film industry and put all of his creative passion into designing and building Stone Manor for he and his wife, Aime.

Lance says he is not an architect. But his passion and creativity more than compensated to change the vacant lovers lane into the most romantic Stone Manor. 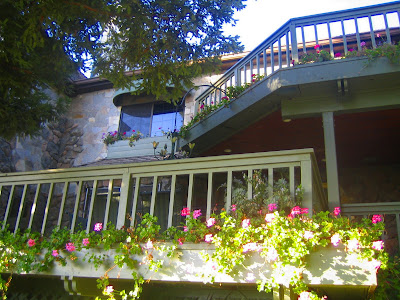 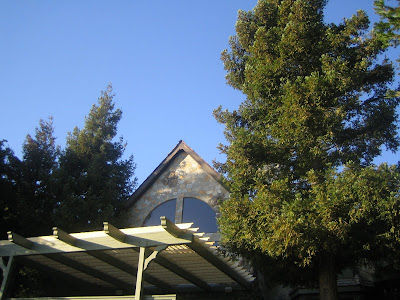 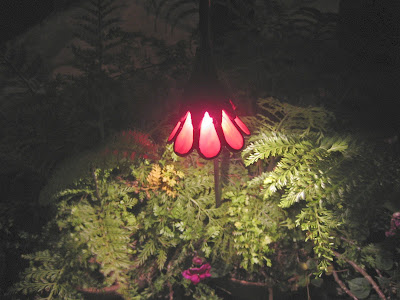 Lance and Aime love to entertain.
But they could not find light fixtures appropriate and fitting the romantic setting.

So Lance set about designing lighting so enchanting that demand required he and Aime form Stone Manor Lighting.

Sunday the couple opened the grounds to a joint meeting of the Region VI chapter of the Garden Writer's Association and the Los Angeles Chapter of the Association of Professional Landscape Designers. 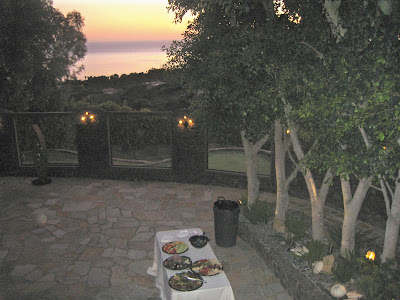 More shall be served soon...

Info on Stone Manor Lighting can be found at http://www.stonemanorlighting.com/
Posted by Lydia at 9:11 PM

Email ThisBlogThis!Share to TwitterShare to FacebookShare to Pinterest
Labels: beauty in the garden

How beautiful! What an exciting evening you must have had! That window reminds me of the one you are working on!
I enjoy your posts but why is it that the letter go down the side of the page and it's hard to read them?
Anyway, love the place and especially the romantic lighting!

Hi, Trisha! The computer does things on different screens- hope the "tweak" fixes the problem. I need to look into a more stable template...

They sound like an amazing couple and sounds like a true Artistic Genius! I look forward to the more that will be revealed!

What a lovely home. Lucky you, to see it. Thanks for sharing.