The First Estate of Beverly Hills~ Home and Garden Tour

“Gardens are a form of autobiography.”
~Sydney Eddison,

Growing Older with Your Garden: How to Garden Wiser as You Grow Older 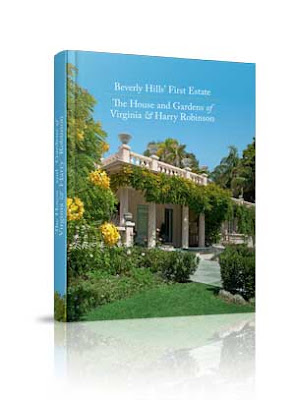 In 1906, noted east coast landscape designer, Wilbur David Cook, Jr. drew plans to turn land  mostly barren ~ or hospitable mostly for unfussy lima bean crops~ into a garden-centric community named Beverly Hills. With prices beginning at $900 for lots measuring a minimum of 80 x 160' in "the flats", the lots largely languished until a pair of newlyweds got lost looking for the Los Angeles Country Club. 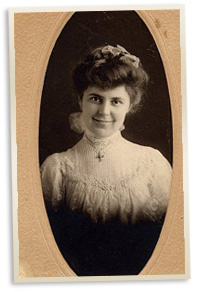 Virgina Robinson and her husband, Harry, fell in love with the unending views from a particularly barren  knoll  above Sunset Blvd. From the plateau, the dreamers and shakers  envisioned an Italian inspired home surrounded by terraced gardens, which once complete, exemplify the seamless indoor- outdoor California lifestyle.

When the young couple returned from an extended vacation in 1911, it was to a formal home straddling the hillside. Built of reinforced concrete, their villa took full advantage of the spectacular views which stretched across the LA basin to the mountains , slinging back all the way to Catalina Island, twenty miles offshore in the opposite direction. 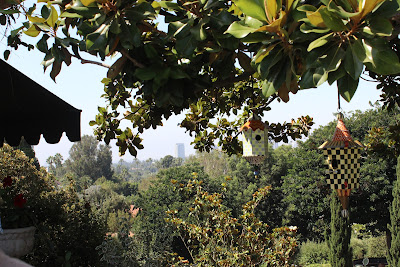 This view is near where Mrs. Robinson started her mornings. From her room, she  would have picked her outfit for the day from a notebook filled with illustrations and  fabric samples of her impressive wardrobe.  A decision made, an assistant was dispatched, fetching the dress from the tailor's area. 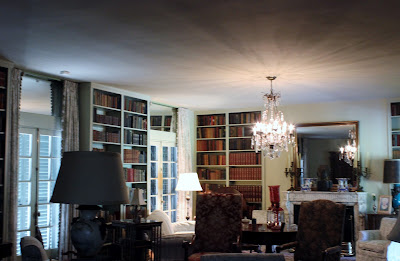 The family library is special in the lady of the house is reputed to have actually read every book in it. Before there were megalithic bookstores, the place to purchase books was JW Robinson's Departments stores. Mrs. Robinson's book collection undoubtedly was built from the first offerings delivered from the warehouse stockroom.

When Alex Haley's Roots was released, I was an assistant buyer in the downtown LA headquarters. On the morning of the booksigning, a line of people wrapped more than completely  around the full city- block multi story department store and up the stairway to the second floor book department.  Such response to an author was unprecedented. Every clerical worker was pulled out of their office and into action. The pre-purchased books pulled from the employees for the customers. When my copy was replaced with the writer's autograph inscribed, my volume instantly and forever remains one of my most precious possessions.

Shortly before her death in 1977 , the first lady of Beverly Hills bequeathed her estate to Los Angeles County. The government entity, in concert with the non-profit Friends of the Robinson Gardens, preserve the estate for  public enjoyment. This extraordinary look into the inspired lifestyle of the irrepressible Virgina Robinson is is open for escorted tours via advance reservation. 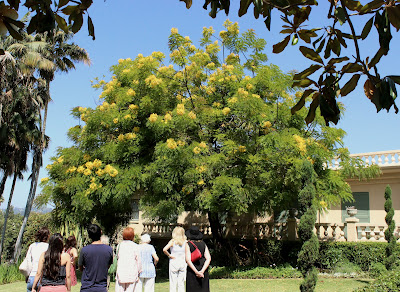 I know. The restricted hours of the tours and LA Traffic make visiting the garden in real life difficult.  Which is why I will dedicate the next few posts to bringing you to the world that Harry and Virginia built.  Surviving her husband by 4 decades, her home and garden are the epitome of  how a physical space can survive to speak in silent autobiography.

When we're finished, we will glide over to The Ivy Restaurant, on Robertson, for lunch. My daughter-in-law recommended it for my friend and I. Besides picking my son, recommending this divine spot for refreshment goes to Shannon's impeccable taste.

Dear Readers- Thank you for your patience while I was off the grid. Its a bit of a hullabaloo catching up after a week exploring the wonder that is Colorado. Not helped one bit by Google eating 4 hours of work in the wee hours of this morning. The words were so delicious, we shouldn't  blame the Internet for swallowing whole):-

Email ThisBlogThis!Share to TwitterShare to FacebookShare to Pinterest
Labels: beauty in the garden, books, Culture, Remembrances, Thank you

L,
That was so lovely and interesting. I loved hearing about the Robinson's. I would be most curious to learn where they got their wealth. Robinson's was my favorite department store and my family and I were not happy when they merged with May Co. My mother loved their fur department.

Looking forward to your next installment!

Interesting about the Beverly Hills history. Thanks. xo

Interesting about the history of Beverly Hills. Thanks! xo

I always LOVED Robinson's...Especially the one on Beverly Hills near the Beverly Hilton. I've never seen The Robinson Home and Garden---It looks really splendid. I look forward to seeing more, my dear Lydia.

I agree -- the history is so very interesting. I don't think I've ever set foot in Beverly Hills. It's lovely that the family home and garden are open to the public at all. Looking forward to your posts.

Hey, All! Thanks for the encouragement. So glad you are enjoying the tour.