The hardest thing to see is what is in front of your own eyes.
Johann Wolfgang von Goethe
﻿
﻿

All men dream, but not equally. Those who dream by night in the dusty recesses of their minds, wake in the day to find that it was vanity: but the dreamers of the day are dangerous men, for they may act on their dreams with open eyes, to make them possible. 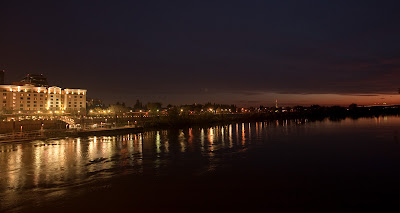 The voyage of discovery is not in seeking new landscapes but in having new eyes.
Marcel Proust 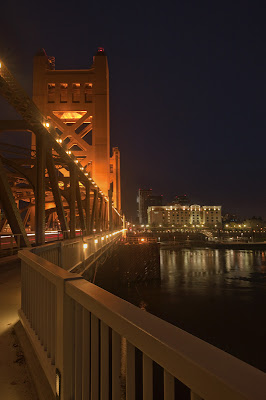 He who can no longer pause to wonder and stand rapt in awe, is as good as dead; his eyes are closed.
Albert Einstein

As a young Planning Commissioner in Diamond Bar I was fortunate to have Dexter MacBride as a mentor. The retired attorney and lead appraiser for the State of California in right of way acquisition was a man for all seasons. The 13th century Italian mathematician Fibonacci was his hero. Adam Smith was his alter ego. His father was a newspaperman and a founding father of Orlando. He and his wife, Grace, were my friends.

Grace was originally from Arkansas, which is to say, she was a talker. She regaled me with stories. Lots and lots of stories. Which I inhaled.

As my husband's office was moved to Orlando, I spent some time visiting him there. During the days I would take the rental car and explore. Which is to say, I was generally lost.

One day I am driving around town, looking for water towers- which as direction indicators are the best substitute for mountains Florida has to offer. I see a sign to Lake Como. Which tripped a memory. That was where Dexter's family homestead was. If I could find the lion statue his dad made in the green space- it should point me to the historic home.

I came back with photos. At a meeting, I handed the stack to the MacBride's to look over- not telling them what they would find.

I knew the moment they found the picture. It was like handing the Fountain of Youth to the couple. It cemented a friendship that will outlast earthly bodies. We always wonder if people are paying attention when we are speaking. The picture of the lion and the childhood home- 6,000 miles from where we lived- they knew I listened and that I cared.

As important an influence on economics and political thought Dexter was to me, he gave me an even greater gift. An appreciation for the great architecture our roadways have to offer.

I hope you felt the mediation I did posting the images and quotes that opened this story. As you travel through life, I pray you appreciate the sculptural qualities of underpasses, the symmetry of  bridge supports. Feel the emotional pull of reflections in the water. Be at peace.

I loved the piece but I must say I was disappointed. I was hoping that you had posted that photo of Dexter's home place. Would loved to have seen that. I can imagine it was a shock to them when they came across that photo. It would be like me coming across a photo of my grandmother's big "homeplace" on the farm in Arkansas. What a shock that would be!
HEY! Did you mean to imply that Arkies are big talkers? LOL LOL You just might be right!
Enjoyed the lovely pics as well as the story about Dexter and Grace. The most amazing thing to me is that Dex outlived Grace. Bless them both.

Morning Trisha.
Whatever is in the water- Arkies leave the state with great oratorical proclivities):-

The photos went to the MacBride. It was taken before I went to digital records. It is unlikely I have the negative since it was't a family record. However, I will try to reach either Dexter or his son to see if we can get a photo of the house.

Gerry had a grandfather from Arkansas. When we would visit, I got lots of needlepoint done):-

What was the one gift everyone agrees Bill Clinton had- the gift of gab. Where was he from? Arkansas. I rest my case.