Rejoice! The blessings that shower this nation were not given to any faction, but to the whole of its people.


If my mother were alive, she would have liked her memorial service. It was held in our garden, the flag presented under the lacy shade of the  Persian silk tree. It began its life as the seedling offspring of a tree in her garden.

Born and educated in Puerto Rico, she was the child of the jungle. My father's first name being George- that make me Lydia, the daughter of George- of- the- Jungle.

My parents were studies in contrasts. Mom was a liberal Democrat. Dad was a conservative Republican. They enthusiastically shared  passionate opposition. But their biggest fight wasn't over politics. It was about when my dad helped "trim" the bougainvillea- to within an inch of its life.

What they did agree on, was that the United States is the greatest country on earth. Ever. They believed military service was virtuous.

They did not share the same belief in God's existence. Yet they agreed that bamboo, stripped of its leaves, make fine flagpoles. Every year, before Memorial Day, a new pole was cut from the expanding backyard jungle. Frugal, in the nature of children of The Great Depression, my parents hung the same 48 star cotton flag from a homemade bamboo flag pole, until long after 2 more states joined the union.

If you haven't looked at bamboo lately, it's time to put aside prejudices.Take a second look. Great oxygenators- new varieties are less inclined to attempt a hostile take-over than the Vietnam war-era varieties which were endlessly attemptint escape from my parents' backyard.

While both my parents were gardeners, after the Battle of the Bouganvillea, truce required a division of labor. The treaty required my father to tend the dibles, while my mother focused on blooms,birds and butterflies. ence, when the transom window of my shed was dedicated, it was to my mother. Ethel. 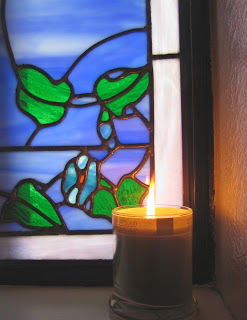 Memorial Day will begin here with a candle lit.

I shall pray that the sanctity of Memorial Day will be honored by a day free from gratuitous insults volleyed between fellow citizens.

I shall offer a prayer to those I know who are under stress, and pray they know some measure of peace and tranquility in knowing

When life is hard- pressure is how Diamonds are formed.

When depression rains down- understand that the tears of heaven quench the forests.

Whatever life brings- embrace that you are alive. Thank God for that.

Until we meet again, Thank You for all YOU do to make the world more beautiful

Lydia, I just loved this blog. Loved hearing about each of your parents. I for one can't imagine a marriage between a liberal Dem and a conservative "R" but I can imagine if politics isn't the center of the conservation then love will out.

I seem to recall that your mother's memorial service was on or near Memorial Day?

Lovely story about the bamboo pole and the flag.

I enjoyed it all!

Good memory on the weekend. What I remember was the love which surrounded the family that day.

My parents' courtship was in wartime, when events are so momentous that individual philosophical differences are properly prioritized below other considerations.

Each was serious in their politics. The family seasons alternating between arguments and silent treatment. That took its toll on family relationships, In the end, their arrangement was not so much one of continued love as it was duty and honor. It would not be everyone's decision, but mother made peace with that.