"The Clearest sensation that a human being has when he experiences the holy is an overpowering and overwhelming sense of creatureliness... when we are in the presence of God, we are humbled and become most aware of ourselves."
~ R. C. Sproul. * 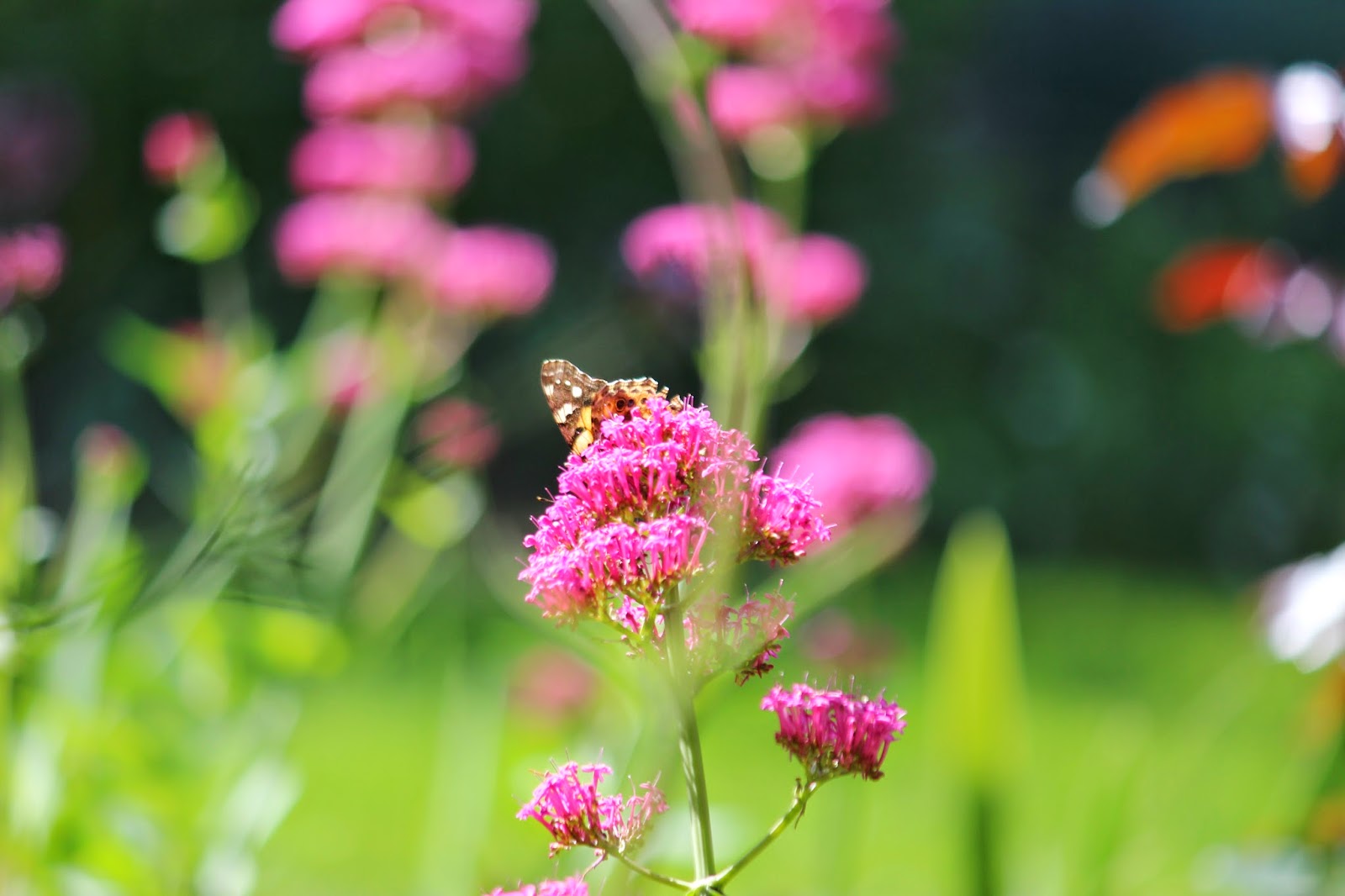 Friday, March 28th. In gentle morning light, spring was flaunting her best assets. Red valerian leading the color parade through the garden. A butterfly floating through, rested long enough to take its portrait.

Is it one of the Lady species? The garden harbors endless curiosity.

Once upon a time, the amaryllis bulb sat all by itself in a glass jar near my elderly mother's bedside. Rather than throwing it out at the end of its bloom cycle, it was plopped along a garden path. Most of the year it isn't visible.

When it sends up this blooming salute to spring, it is a reminder that like my mother, just because she isn't seen doesn't mean she doesn't exist. Energy in the universe is constant.

9:09 PM. The skies were dark. There was a lot of energy pent up somewhere which exploded in a thunderous heave-ho.


The land and house jolted. There was nothing rolling in nature's punch. It was violent. Mercifully quick.

Broken glass was everywhere. Part of the town went dark. Alarms punctuated the sudden stark silence of the night. We gathered our puppies into a playpen, praying that would keep them safe. We shouted over the fences to our neighbors. Did a short phone tree. Posted messages on Facebook. Then threw ourselves into cleaning up.

Registering 5.1, near some of my favorite shopping in La Habra, I was thunderstruck. I have lived in the Los Angeles region my entire lifetime - and all the damage from earthquakes over all the decades did not add up to what this single event wrought in just a few seconds.

An earthquake,  it was once explained, is like a whip wielded by a man. The epicenter may be where the power is unleashed- but the devastation may  be worst at the tip.  The pain felt anywhere along the lash.

There are isolated spots  where Los Angeles and Orange County hook-up which were badly damaged: if this had been a major earthquake, "isolated damage" would not be part of the conversation. 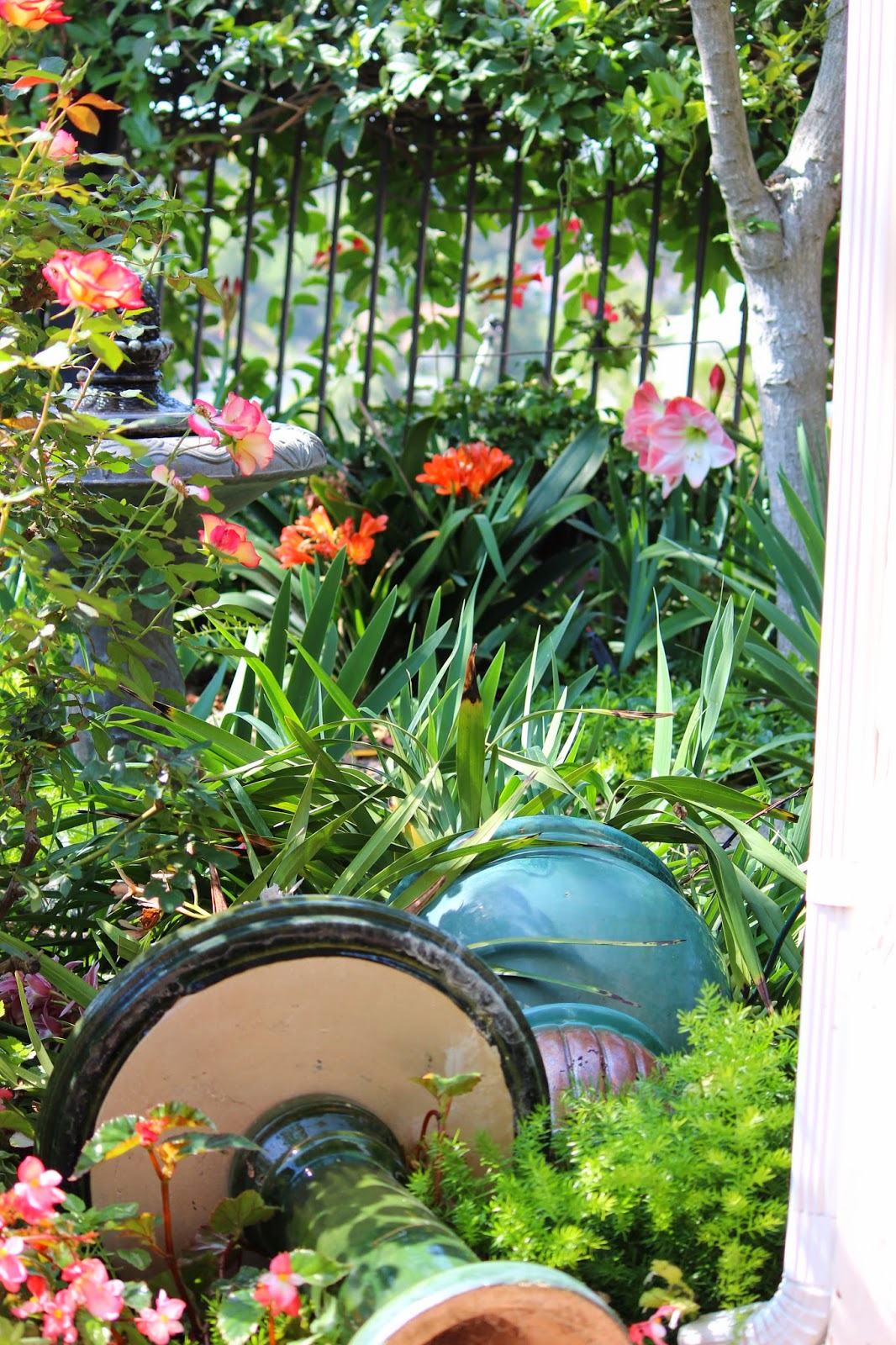 What felt like awful devastation at night took on a new perspective in the morning light.

Looking at the gorgeous vistas - imagining the power it took to create the undulating geography- from nothing - the creation of the world is testament that there is a God. Man's greatest works and struggles are dwarfed compared to the least of His.

There is so much to be grateful for.

There is much we should have lost- but didn't.

What was lost is dwarfed by what survived.

What shattered and cannot be replaced- we don't need.

Every earthquake which came before helped up better prepare for this one.

It will be the same for this event (although, my husband is having trouble adjusting to baby safety latches on the upper kitchen cabinets.) 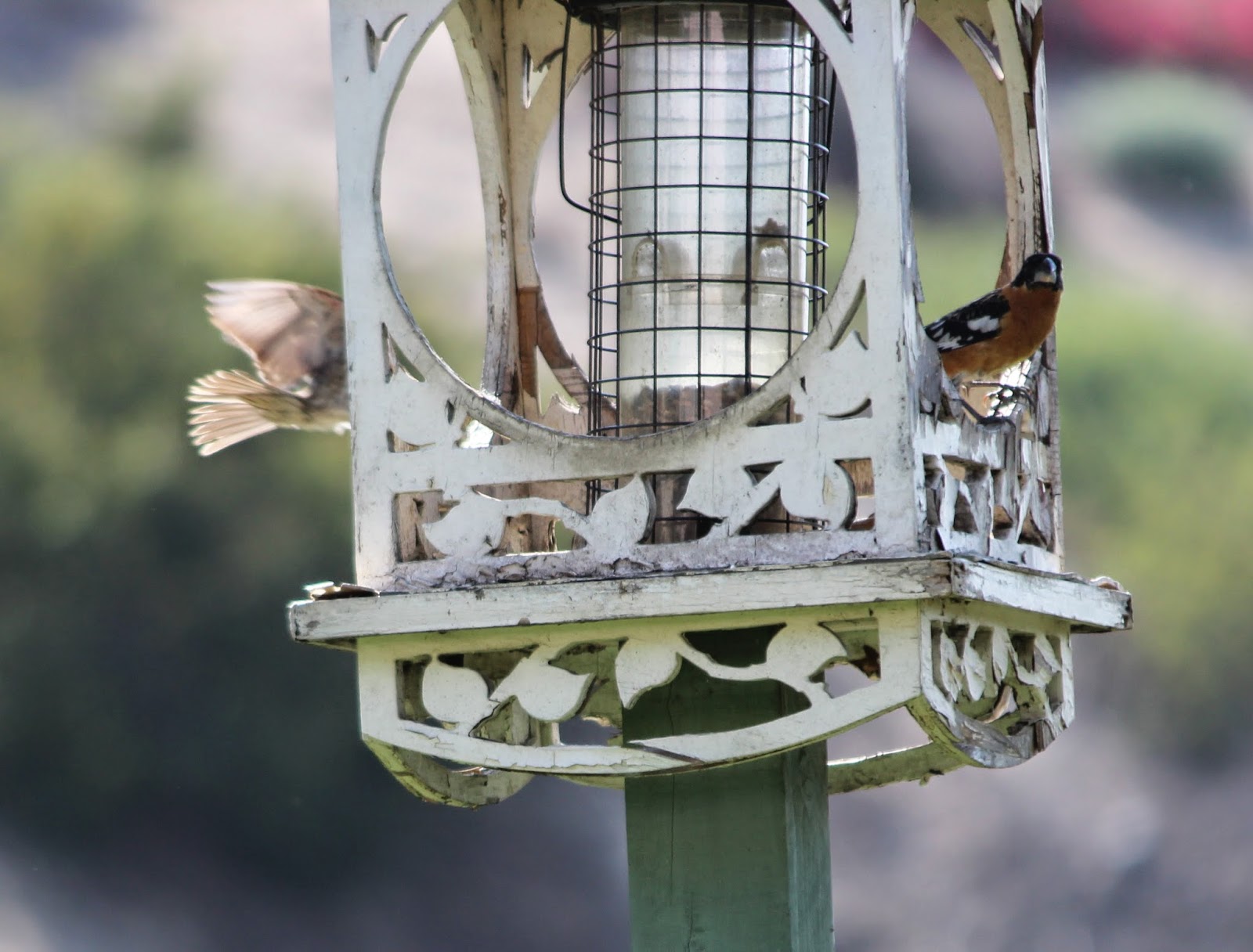 The air is full of the spring symphony. The orioles are back. And so is normalcy. If a writer's life and any conjugation of normal belong in the same sentence.

The unseasonably wonderful weather we enjoyed all winter has convinced gardens to bloom a month ahead of schedule. This has editorial teams scrambling to coordinate personnel. 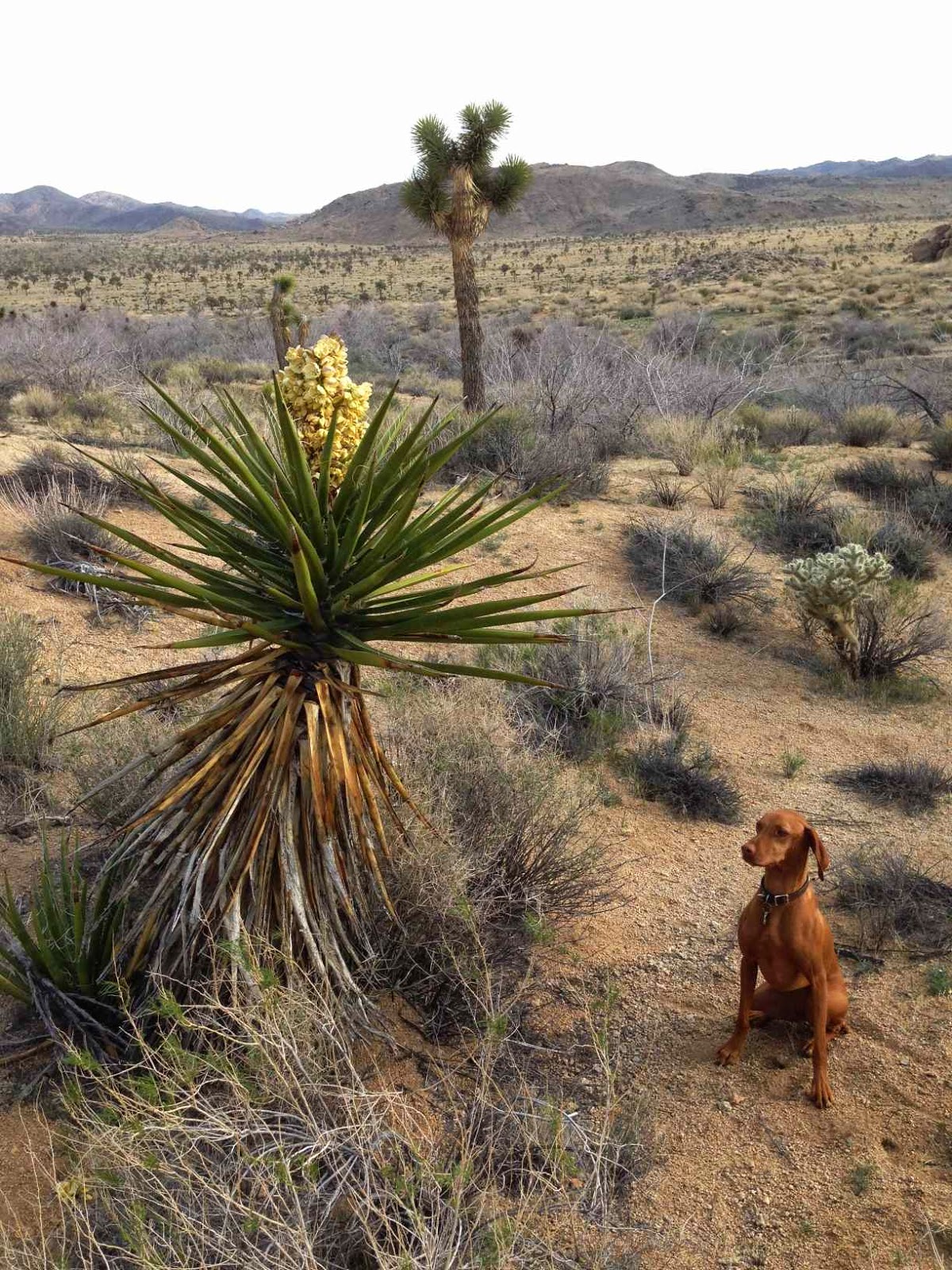 Juli, The Wonder Dog of San Marcos Growers - enjoyed the freedom of a desert romp. She deserves a fan club - I will be interviewing her soon. 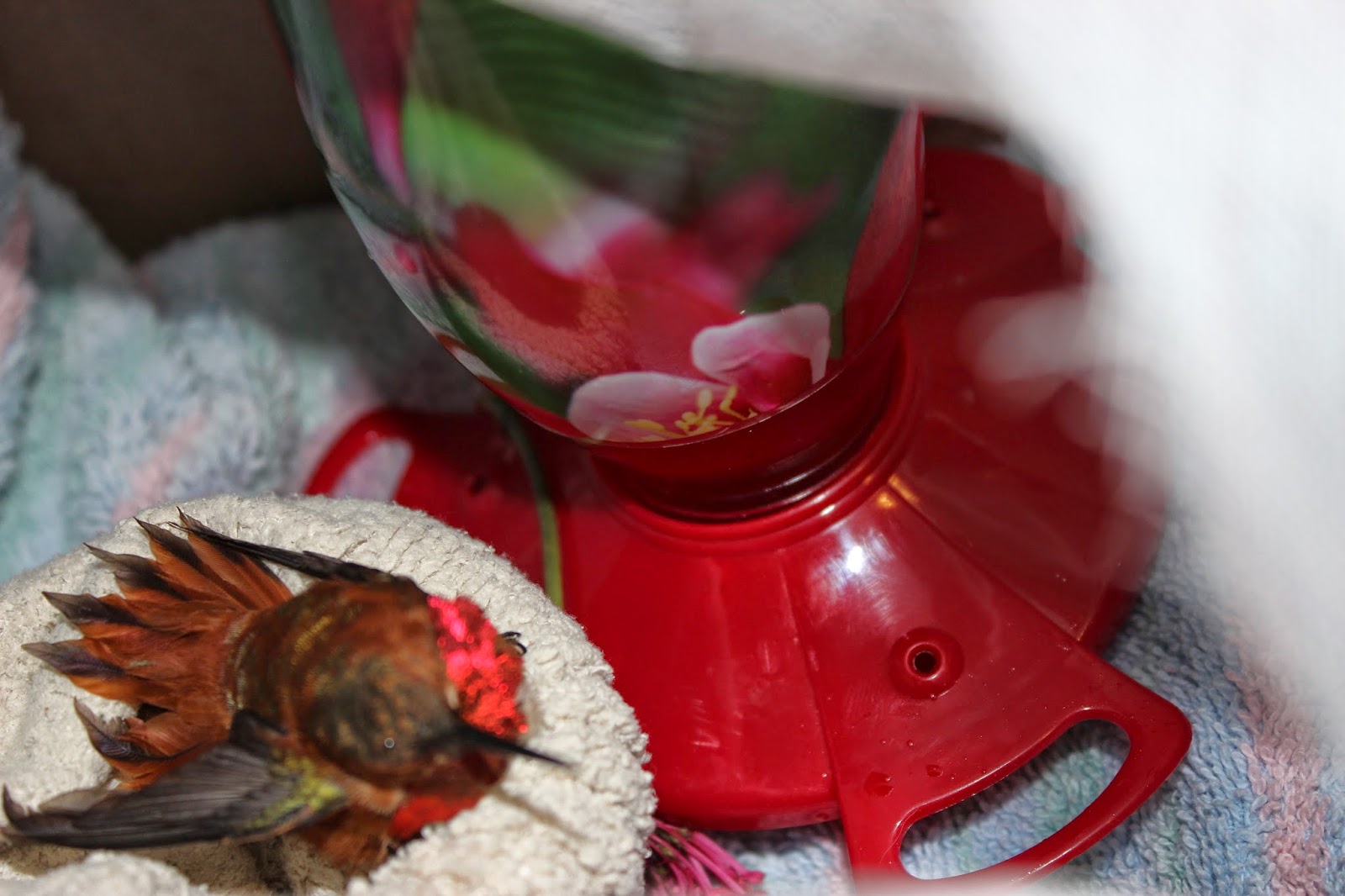 She could have left it where it laid. City councilwoman, continuing her education at Harvard, candidate for Assembly, and wife to Andrew Wong, no one would fault someone so busy for passing so "insignificant" creature by.

Instead, she brought it to me, hoping it could be whispered back to good health.

The box she brought it in was fitted with a hand towel, made taller by taping the sides up, then tented with cheesecloth. A rolled-up sock served as a nest. When hand feeding sugar water from an eyedropper failed, a flower blossom and spare feeder was set next to the bird. Perhaps, in a private moment, the bird would sip on its own.

There were moments throughout the day, when cradled in my hand, I thought this littlest friend would make it. Alas, at 10:10 pm, it took its last breath.

The end was not what we wanted. Not what we worked for. Or prayed for. It was still worth the effort. No one should die alone. Unwanted.

We are all God's creatures.

Until we meet again, Thank You for all You do to make the world more beautiful.


* Quote from The Holiness of God found on Good Reads