Catherine Pannell-Waters and her husband, Robert , were young and in love, living in Seal Beach, when the urge for land pulled them inland. The time Robert spent commuting to his job in Downey, he dreamed to spend it gardening. For a year, the professional couple scoured real estate listings. 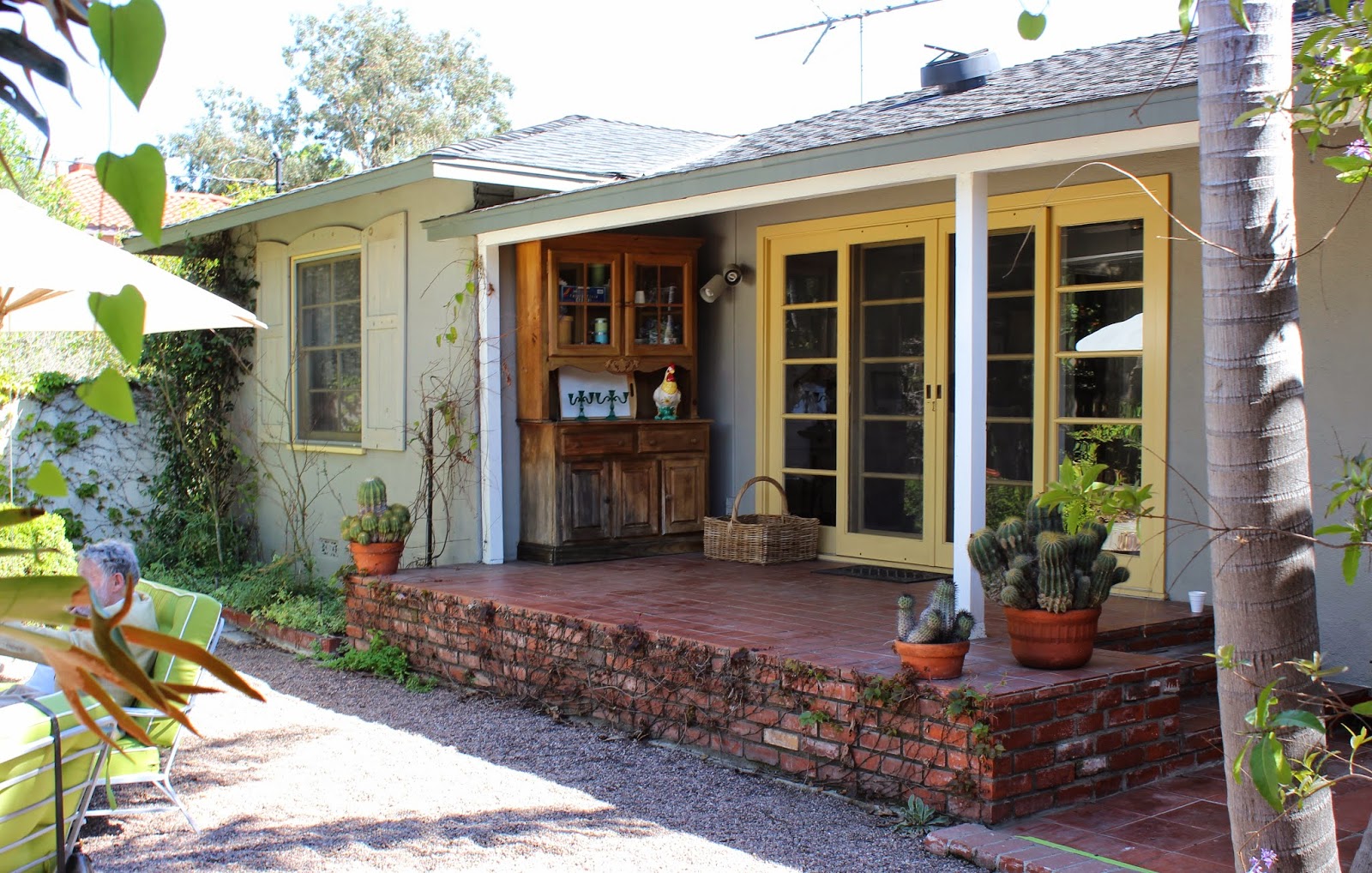 It was a modest home which captured their hearts. They ignored the house had no storage, a dying furnace and leaking roof. What it had was generous lot. With plentiful outdoor space,  Robert could build a greenhouse for his cacti collection. There was space for gardens and to grow their own food.

A licensed landscape contractor, Catherine's personal vision was different from what she designed and built for clients across Los Angeles and Orange counties. The couple was not seeking a showplace so much as sanctuary.

Once the youngest couple in the neighborhood, and now the oldest, the pair continuously collaborates on their mutual vision of paradise. 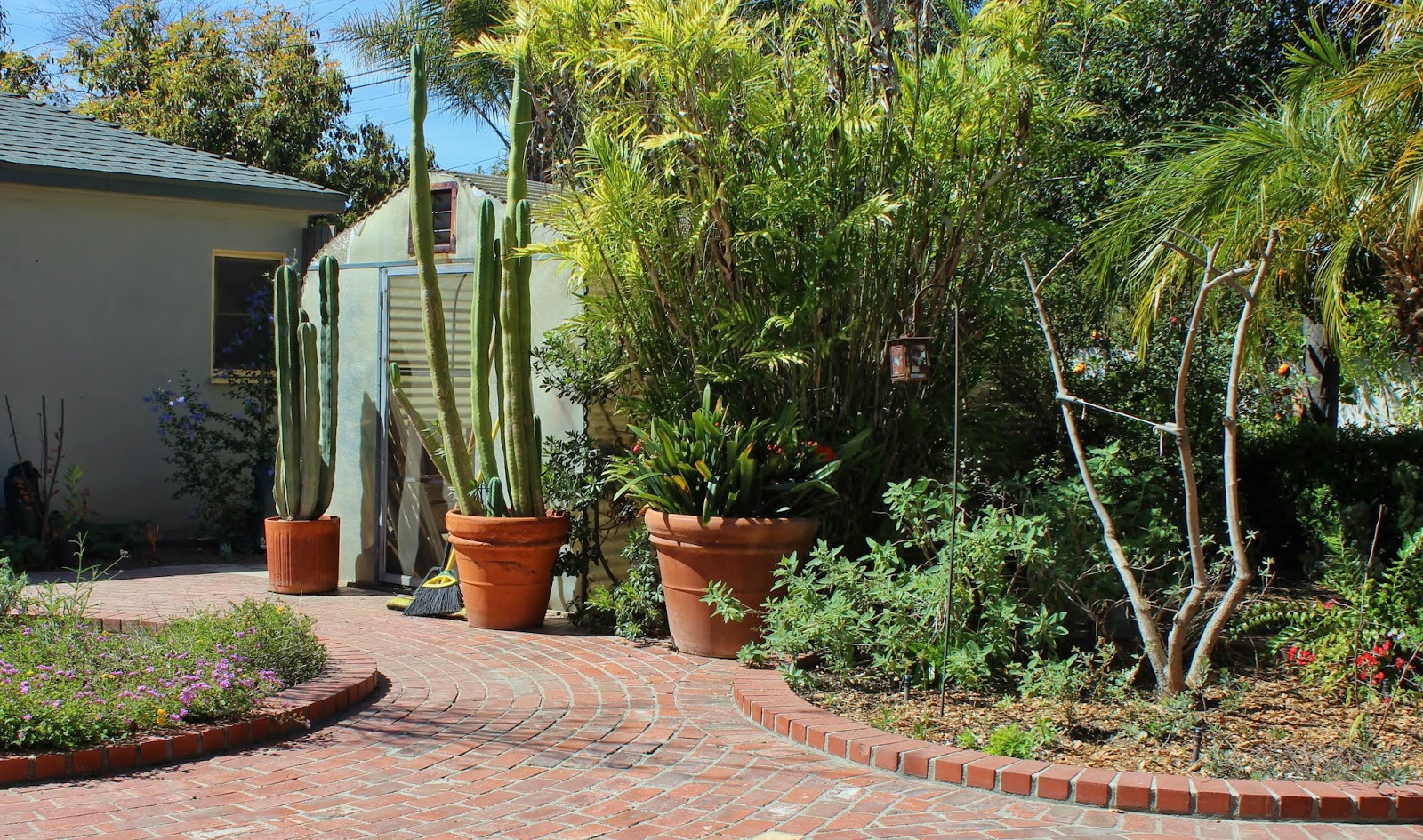 There was no grand plan in creating their personal Eden.  Projects, such as the beautiful brickwork, were  mostly weekend projects for a couple whose skills compliment each other. 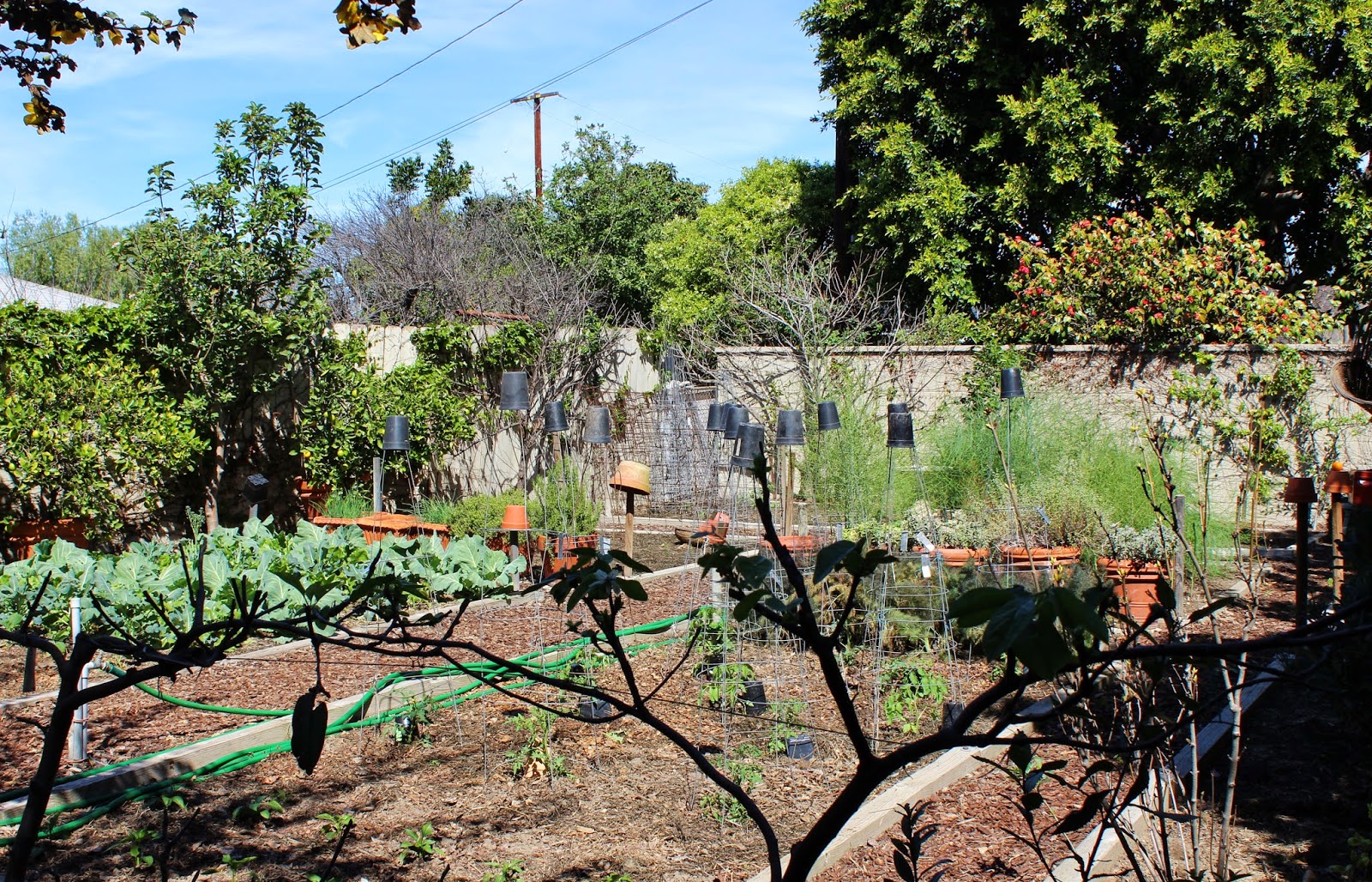 With room to grow fruits, vegetables and herbs, Catherine enjoys making relish, jam, pickles and relish  from what isn't eaten fresh. She reports with a smile, except for meat and staples, she spends maybe "$100/ year at the grocery store." 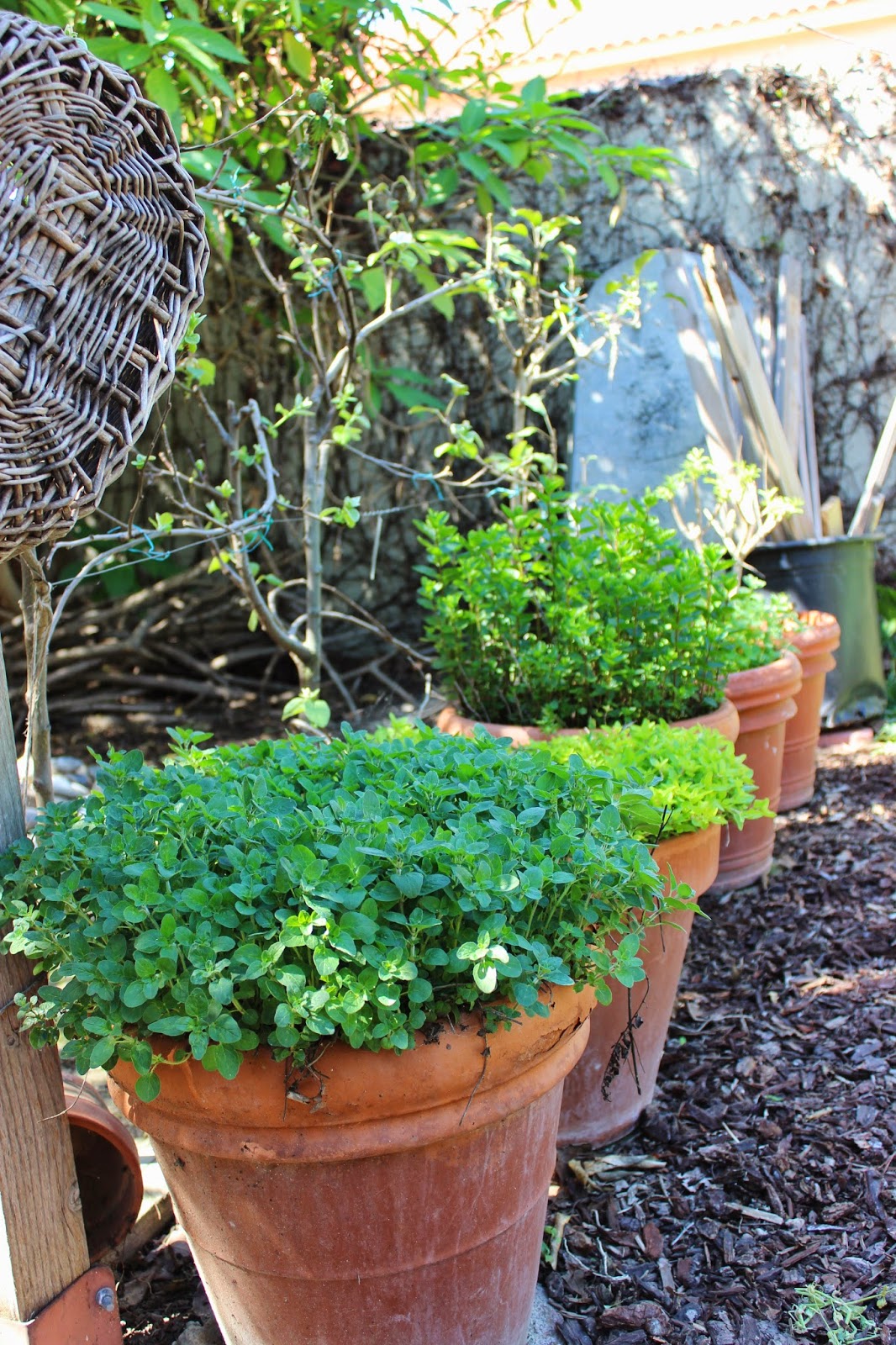 Tip 1: Plant herbs in pots. You'll have less critters to wash out of the leaves when you bring into the kitchen. 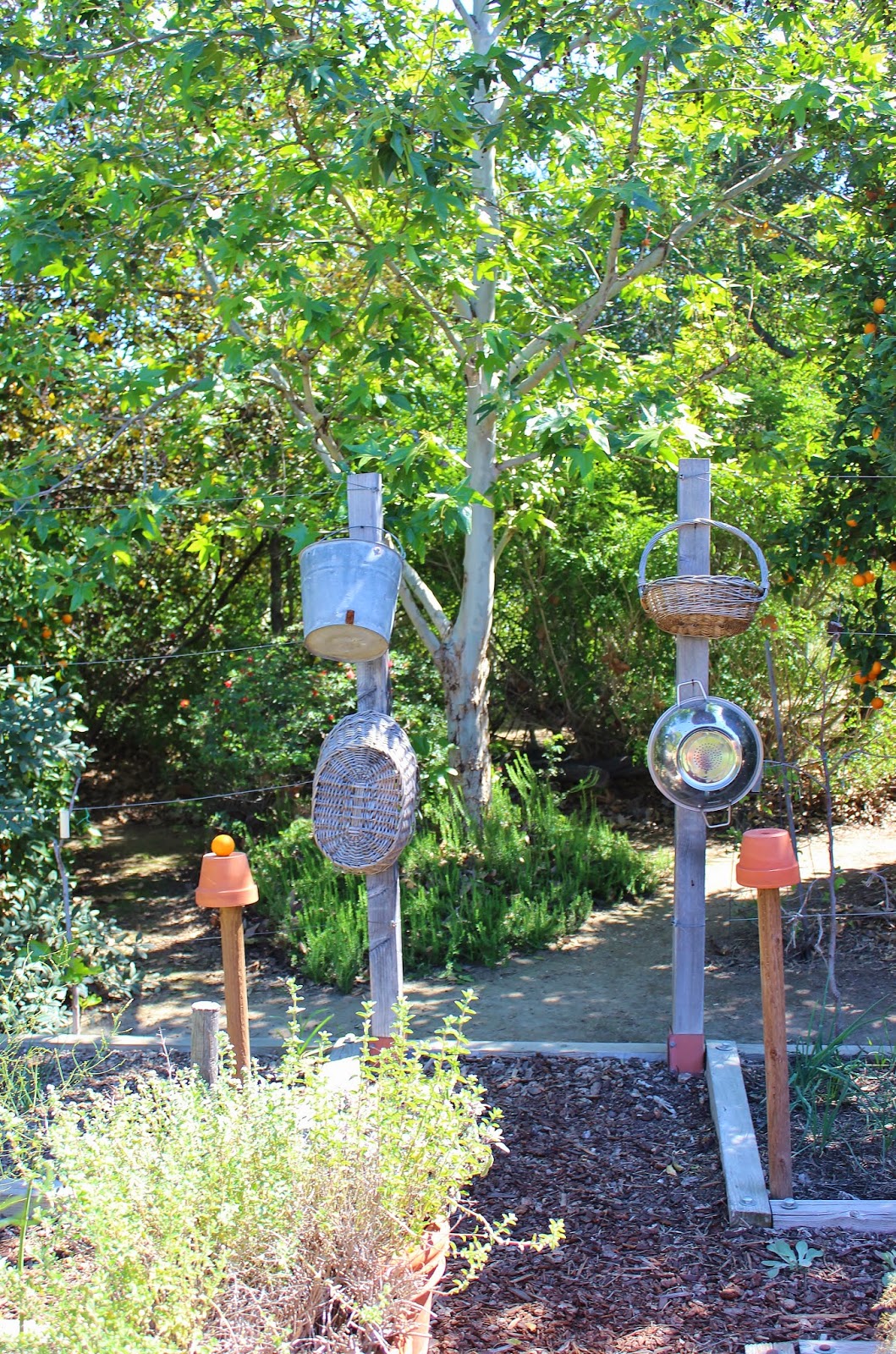 Tip 2: Use posts to hang baskets and colanders to carry produce inside. 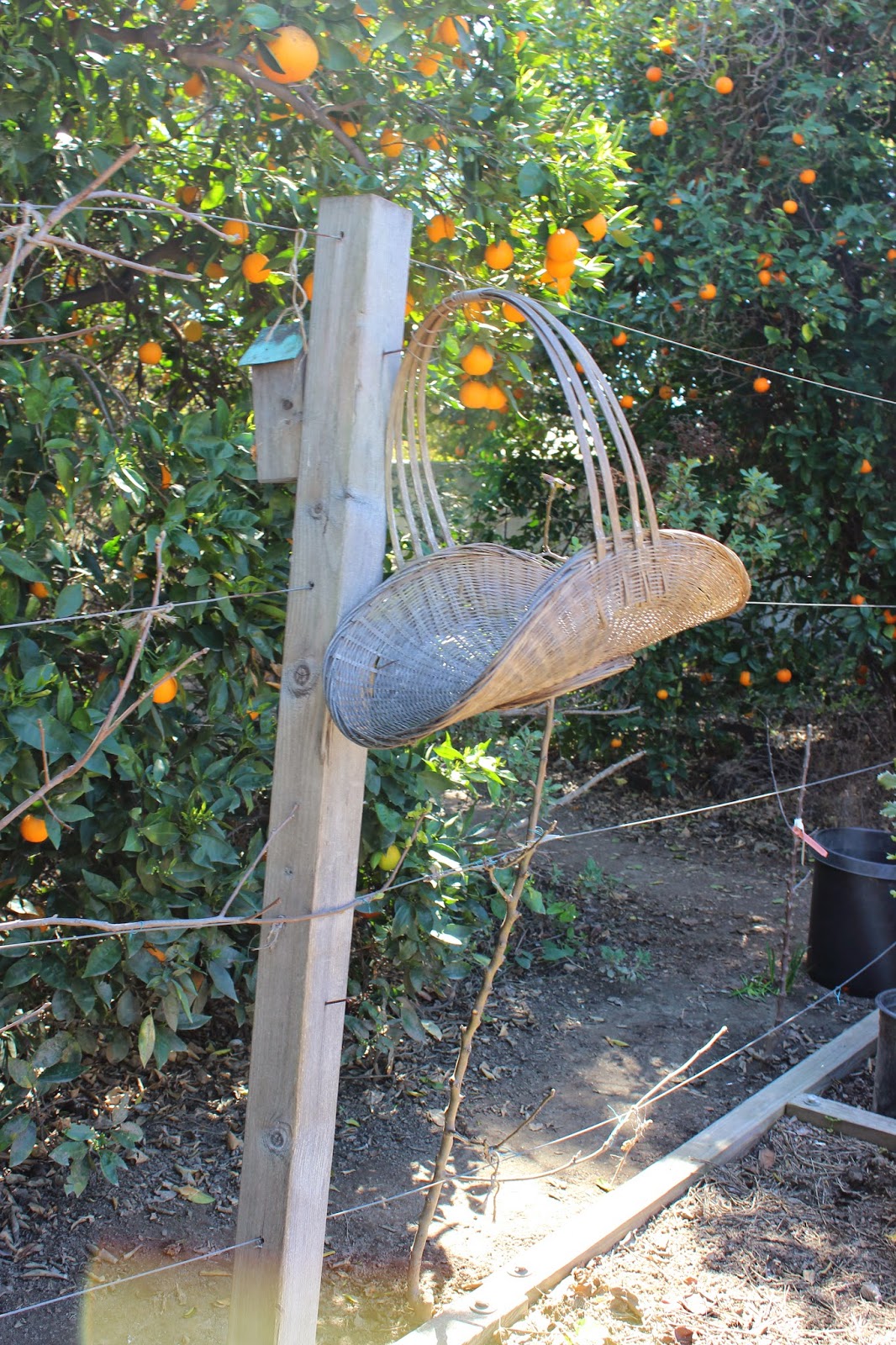 Tip 3: Wire fencing gives birds a place to land- but is not firm enough to give cats a place to pounce on them from.

Growing up in half a continent apart, both harbored childhood affinities for palm trees.

Here in LA, Catherine grew up mesmerized by her uncle's photographs  of the Brazilian town of  Belém. Involved in military mapping of the Amazon River, his capturing images of palm trees jutting above the colonial architecture near where the great river emptied into the Atlantic Ocean, left an imprint on her heart.


As a young woman invited to visit Robert's Midwest childhood home, Catherine discovered her beloved's mutually early attraction to palm trees. In the heartland, her then prepubescent future husband had chosen for his own room, palm tree printed wallpaper.

Now, Catherine and Robert are fascinated with the acoustical differences  played by wind and rain strumming an instrumentally diverse canopy.

In their working days, visions of retirement were filled with plans to remodel, invest and travel. When the day came,  once again it was the call of the land which won their hearts.

They didn't know who owned the vacant land next door. More interested in the sounds of symphonies than heavy metal music, the name James Hetfield meant nothing to them.

What they knew was that a vacant lot for a neighbor in the suburbs was a nuisance. So they took their nest egg, trading it for land which turned out to be owned by the lead singer for Metallica.


This newest garden space was planned as a passive park. It would be done on the cheap, with native plants, with no supplementary water except from a hose bib used for emergencies.

A fence at the front was not planned, but proved a necessity. 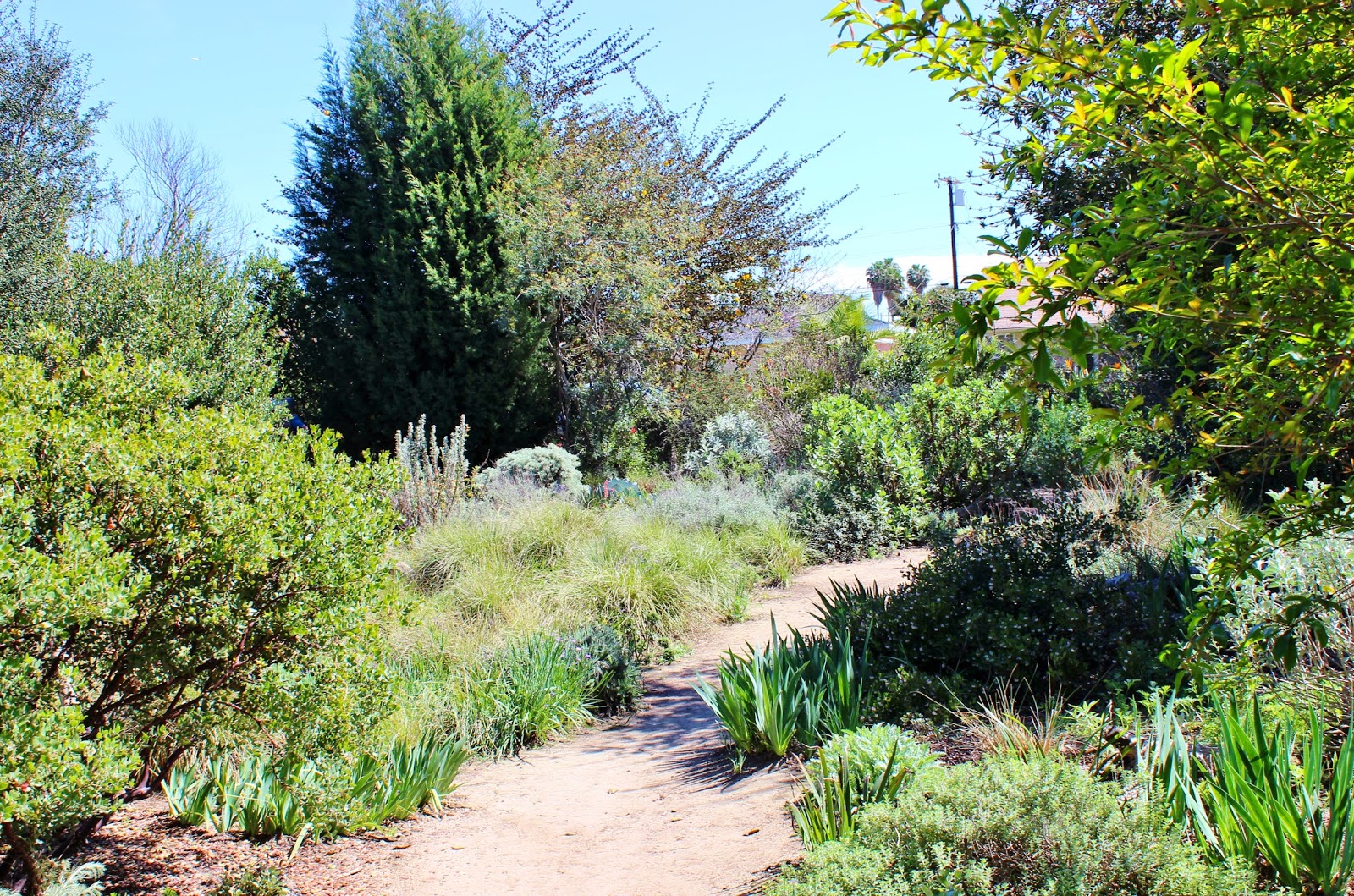 Robert and Catherine let the land lead them on where paths should be. 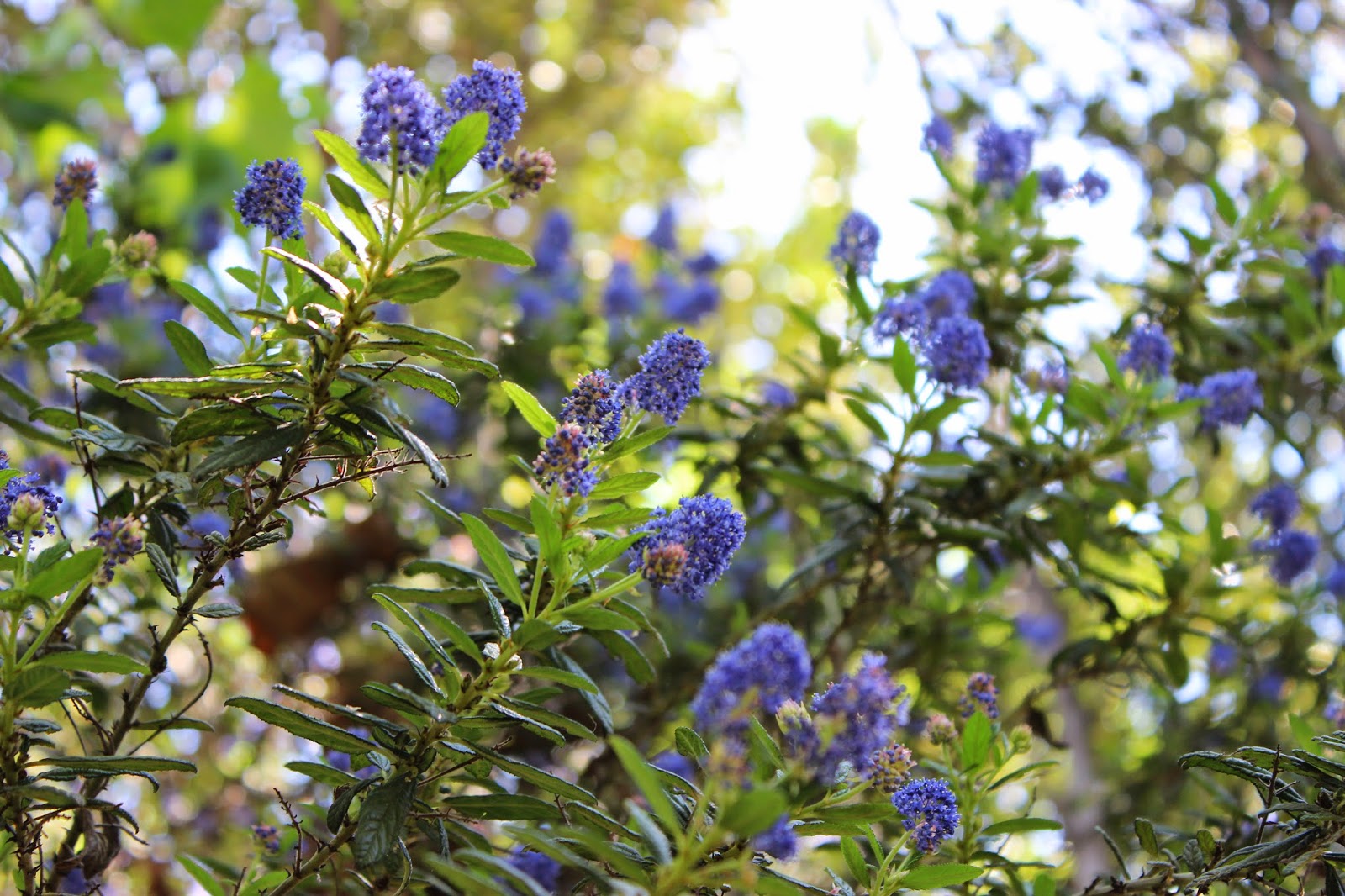 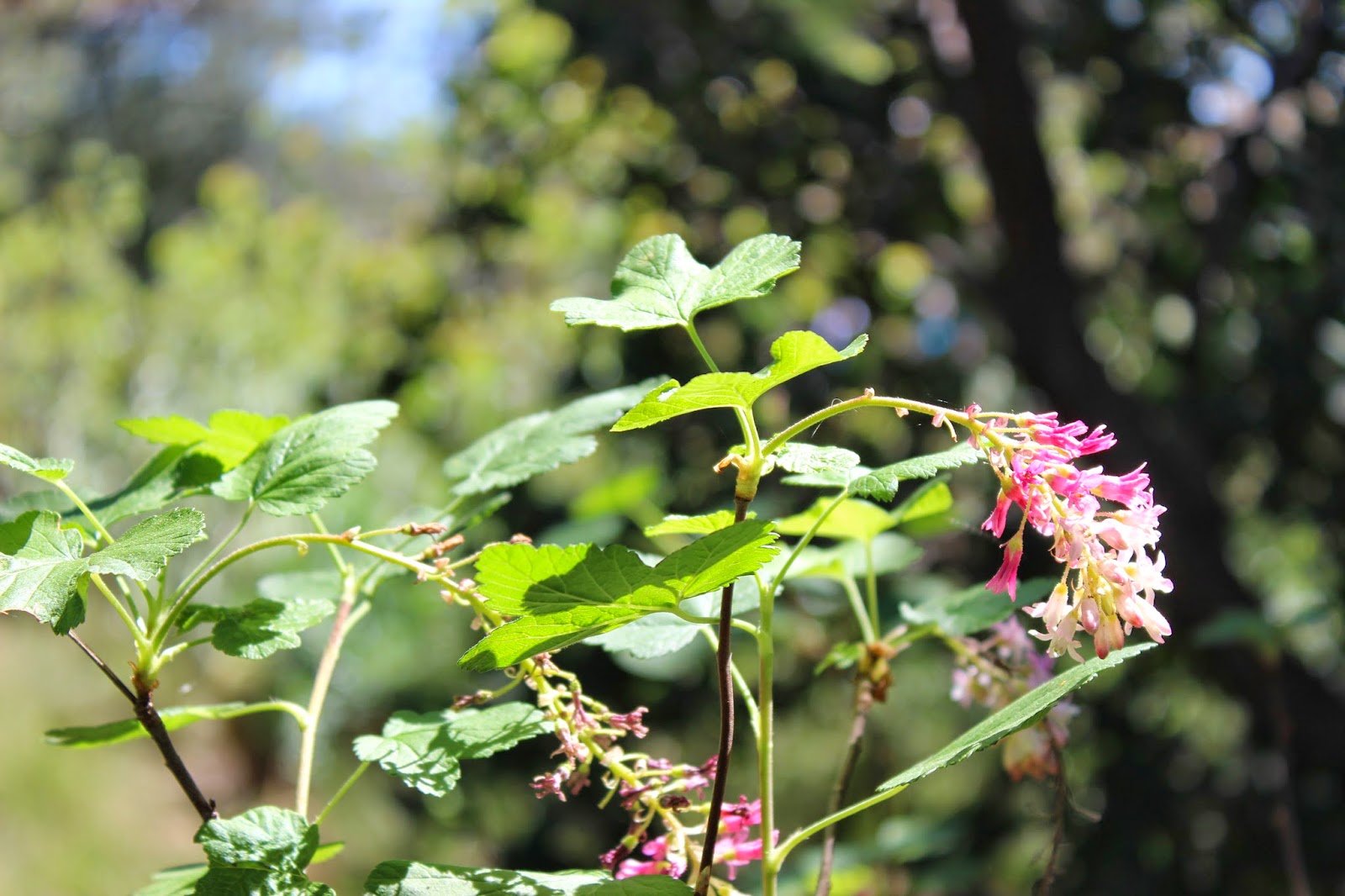 Let light patterns determine where the understory would flourish. 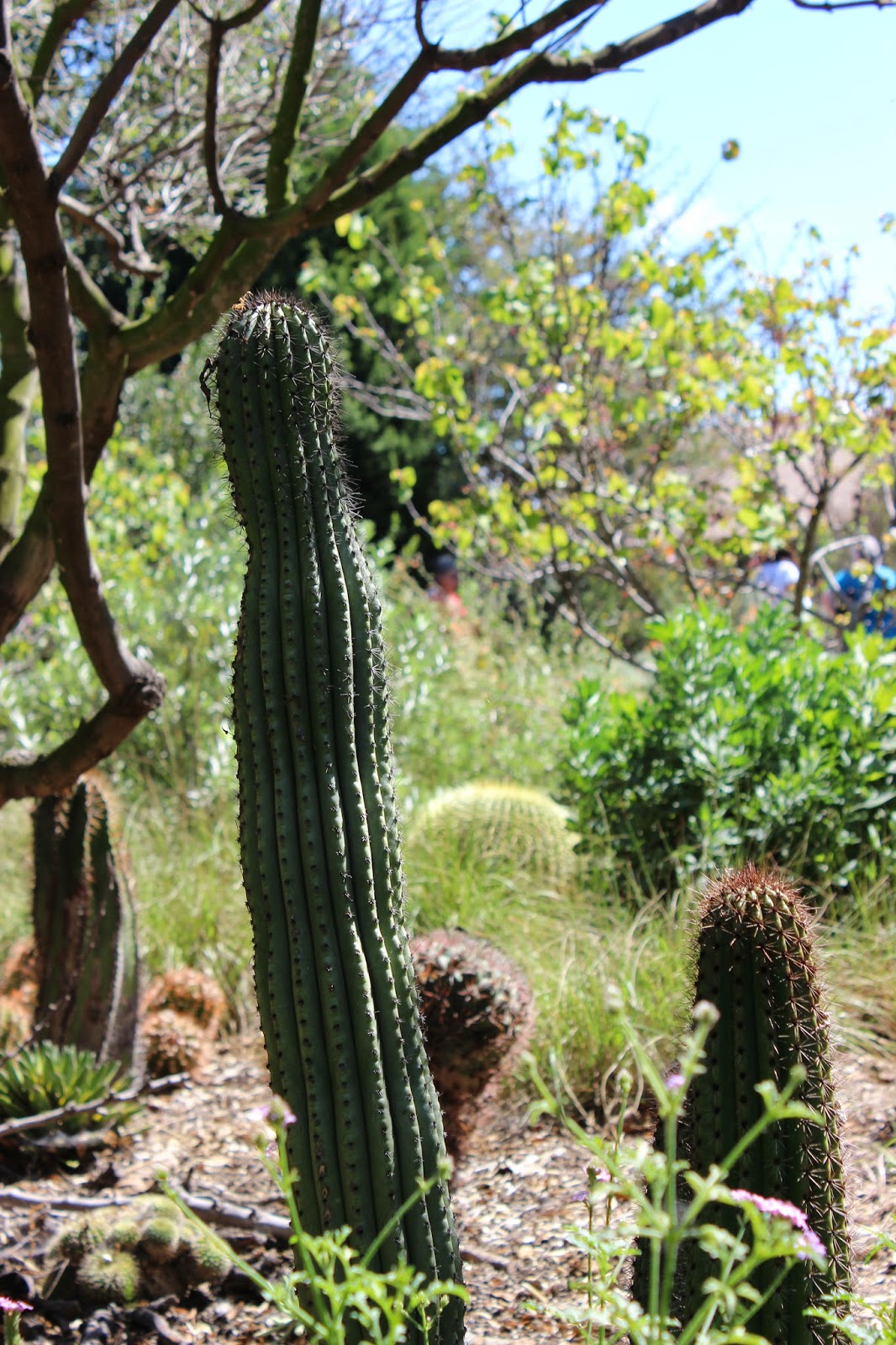 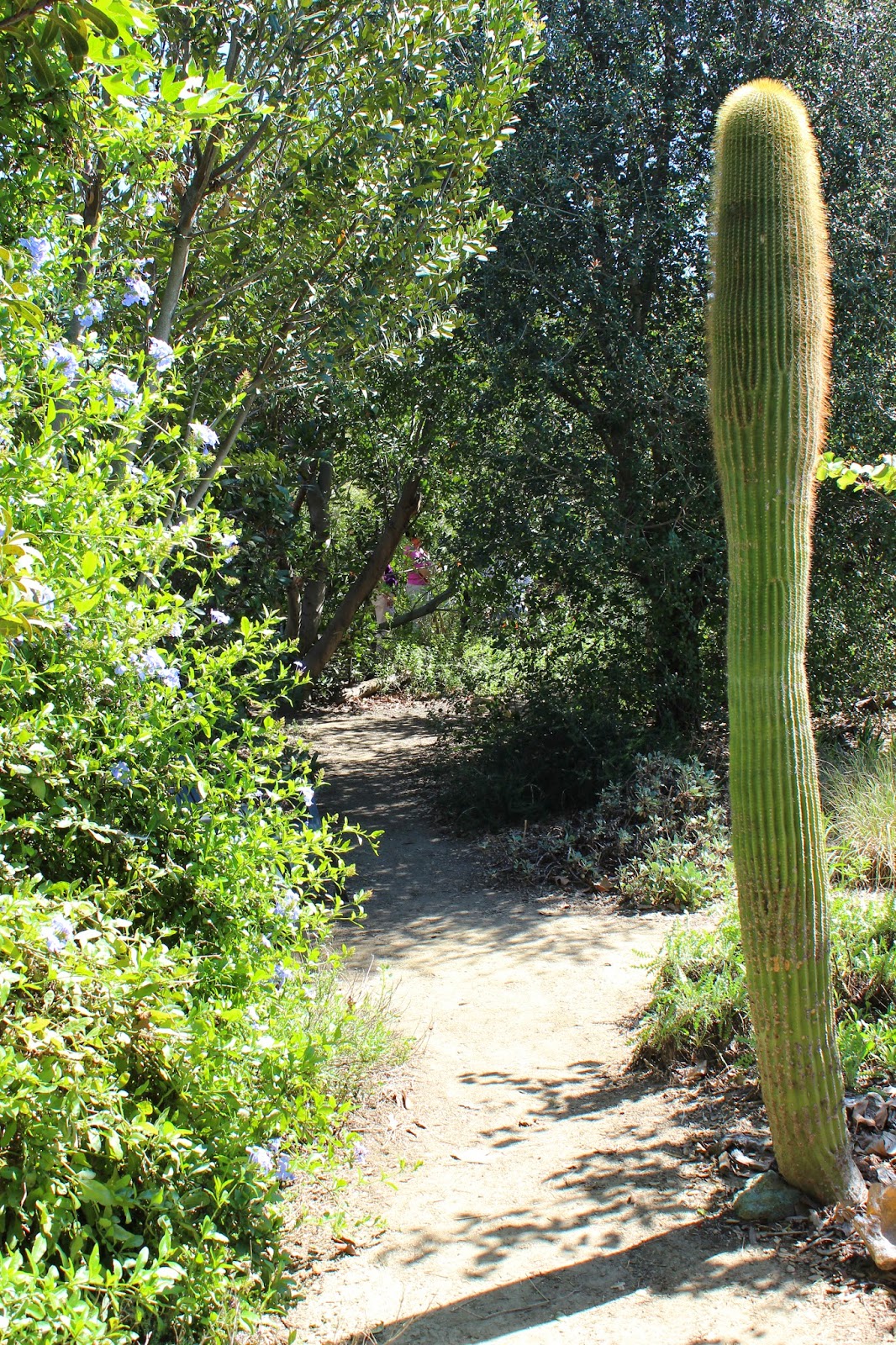 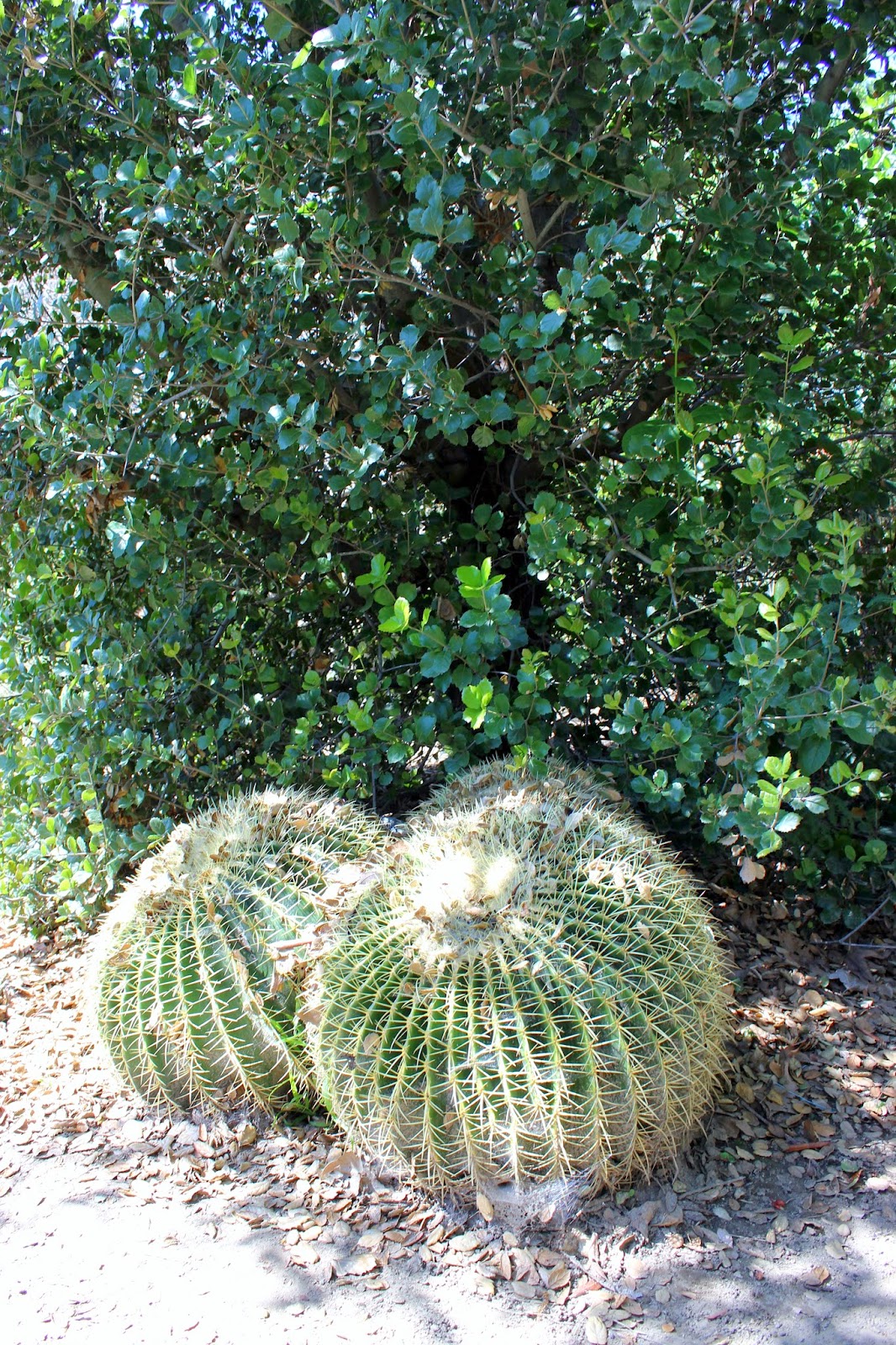 Where cactus would get just the right amount of sun. 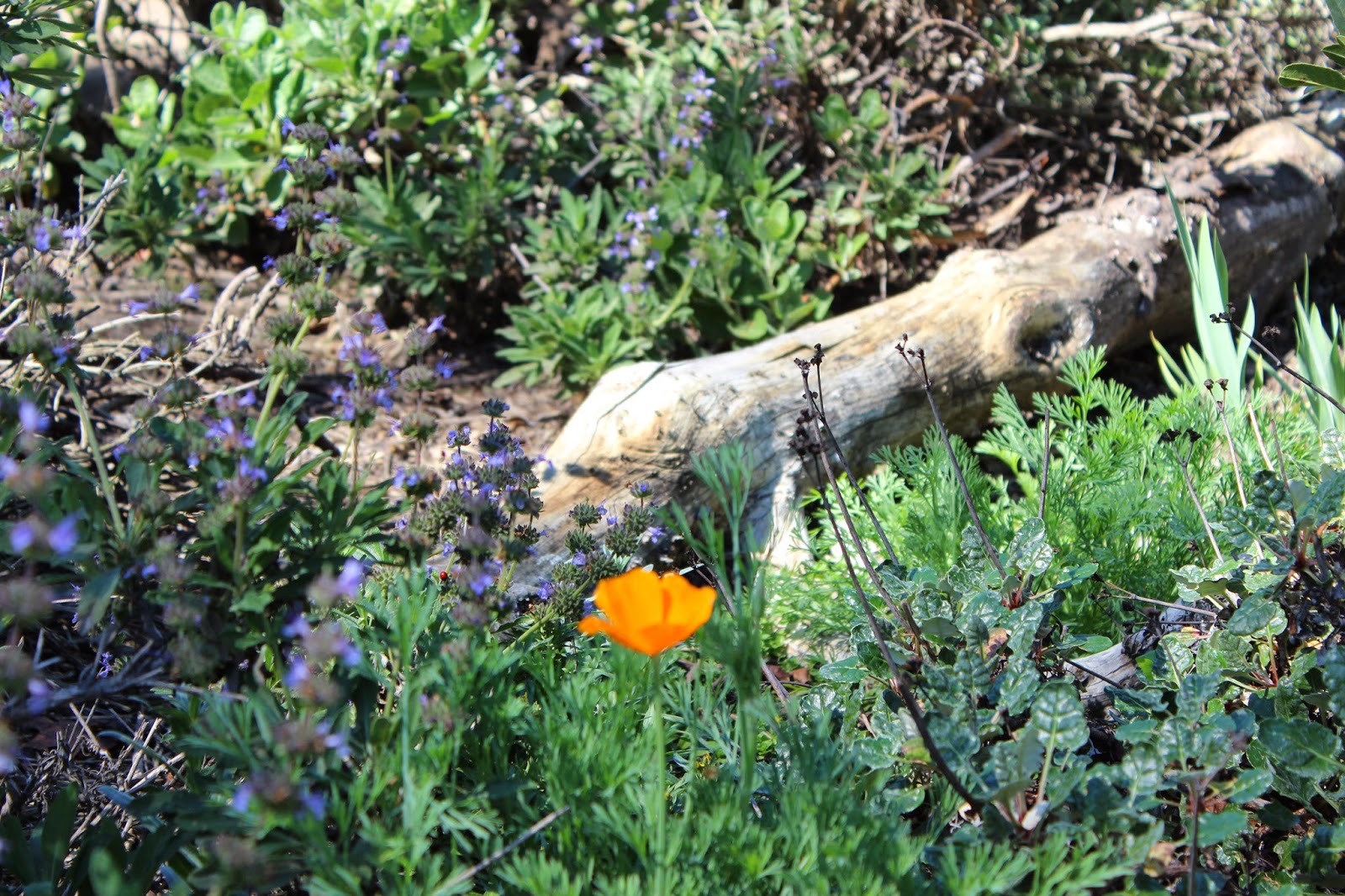 The couple observed that little plants surrounded by imported mulch often failed, so they utilized material onsite for a higher success rate. 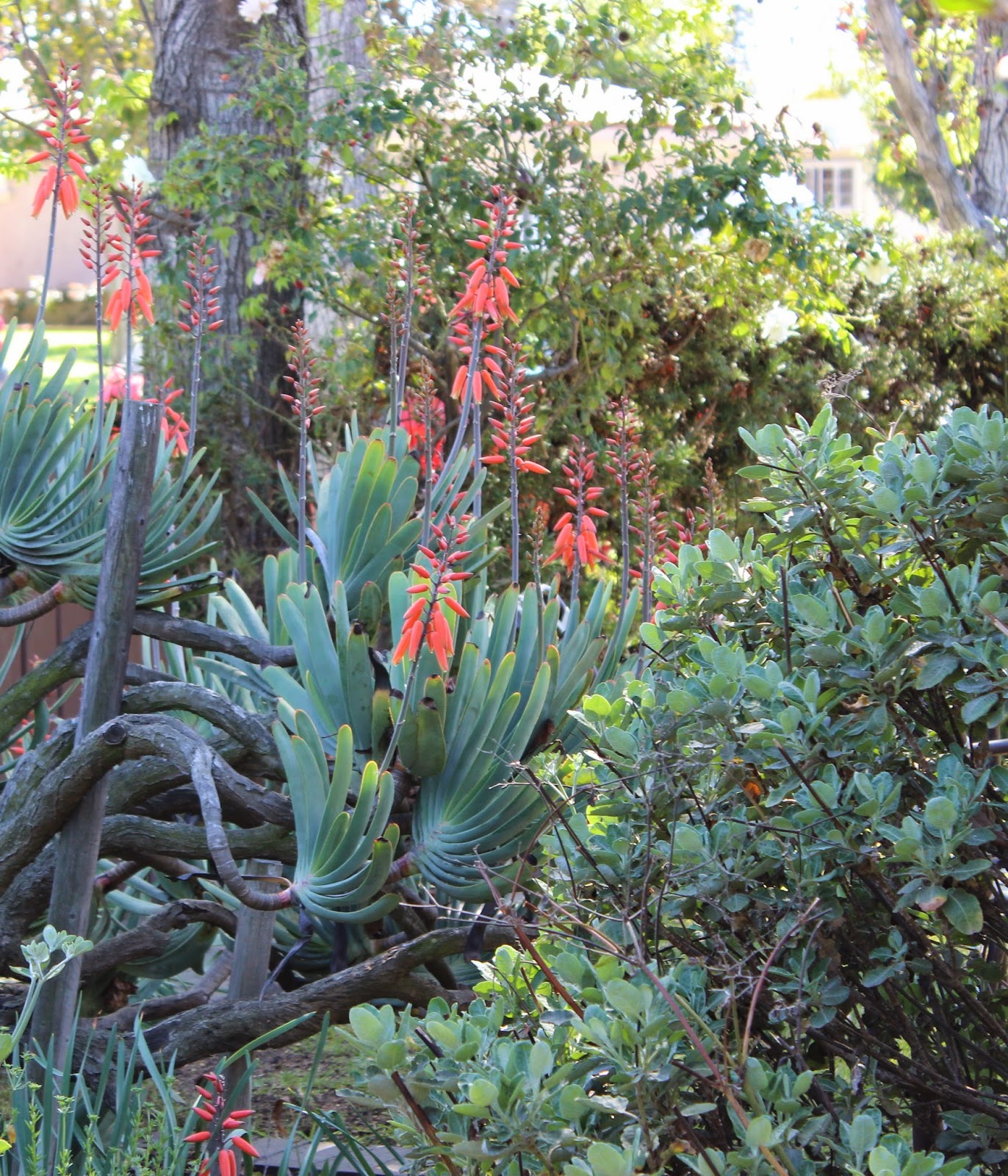 This aloe, blooming near the curb, was one of two snagged from a box brought to a meeting of the Southern California Horticultural Society.

A big thank you to Robert and Catherine for opening their garden to So Cal Hort and to the Theodore Payne Garden Tours.


*Scarlett's father in Margaret Mitchell's Gone with the Wind

Lovely! Amazing that they found this much real estate for an affordable price in California. Guess that was years ago tho.
Lovely!
I see they, like you, have a hutch on their back patio/porch.

The secret is the couple bought to their priorities and stayed in love with that concept.

Real Estate is more expensive than in much of the nation- but our utilities are generally lower, our pay is much higher and the services we take for granted...

I can tell you had a fruitful visit -- what a wonderful property with personal history and purpose.