Want to be happy? Edit out more than a few minutes of the broadcast news. Fill in the comment section at the end of this post. Write down your favorite things which start with a "B". As your favorite things, people and memories come to mind, you will find yourself filled with gratitude. Which is a leap towards happiness.


I'll go first. This list is nowhere complete- but it is a good start to get your creative juices going.

Books- I cannot weigh which is of more important to my happiness- my garden or my library. But I can say what I am reading now. Betrothed by S.Y. Agnon. It is the first story in a set of the Nobel Prize Winner Library that sits on a shelf in the study. 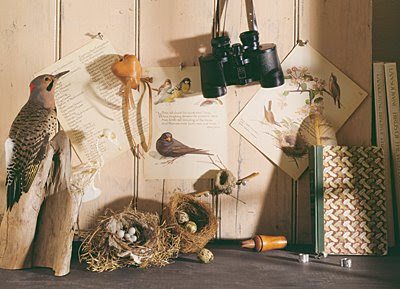 Birds- When the movie Mary Poppins opened- my parents let me sit through 3 consecutive showings at the La Mirada Theater. "Feed the birds...." is still my mantra

Bees- As a child I was dreadfully afraid of them. Uncle Frank was bitten while riding a motorcycle. Terribly allergic- he turned blue and fell over. Almost died.
My husband's family gave me a different viewpoint about the buzzing. When my father-in-law, the late Kenneth A. Plunk was just 14, he left the farm in Oklahoma to live in Arizona. He heard a man who wanted to work hard could make a good living there. His first job was as a beekeeper.
He was a man who knew his honey- both the one he married and the amber liquid we buy in jars.

Butterflies- It was finally cool for enough days in a row that they weren't floating about the garden for three days. But they are back.

Beetles- the lady kind. They eat aphids- which I do not like at all.

Baskets- There is something special whenever a utilitarian object is elevated through art.

Baseball. When I was a little girl, JoAnn Turovsky's father would play catch with us. Watch the Dodgers on TV. Explain the greatness of Sandy Koufax. Because of my friend's father's influence- what I wanted most as a child was a mitt. My parent's said we couldn't afford one.

How special it was dating my husband to go to his much younger brother's baseball games. Eric Plunk went on to play MLB for something like one month shy of twenty years. More importantly, our sons would tell you, Eric, is one of the world's great uncles. 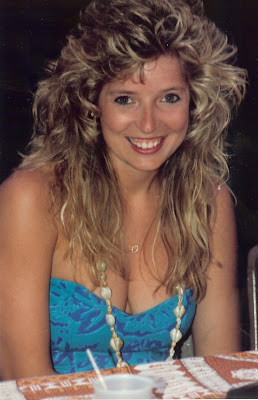 Billie- Eric's wife and Aunt Extraordinaire. They met while he was playing Minor League Baseball in Kentucky. Her mom owned a restaurant- she was a waitress- he was hungry. This photo of her (wearing my favorite color- blue) was taken one of the years she and her husband, Eric Plunk, hosted us in Maui at Thanksgiving time when Eric was one of the professionals in a Fantasy League.

Beach- I'm not a beach bunny. But when you have the right company- you can have wonderful memories. Our boys- the brothers Trevor (l) and Kenny (r) have always been best friends. Young moms out there- somedays forget "the list". It may get things like the laundry done on time. But looking back- you won't remember folding the way you will remember the places where you were tumbled by waves and had to deal with sand in the swimsuit.
Okay- Tag you are it. Send over names of your favorite things starting with the letter "B"

Used with permission, photos are by Gene Sasse, http://www.genesasse.com/ except the last two, which are part of my private collection.

JoAnn Turovsky grew up to be the principal harpist with the Los Angeles Chamber Orchestra, the Los Angeles Opera Orchestra, the Long Beach and Pasadena Symphonies, and is a member of the contemporary music ensemble XTET. She has been the professor of harp at the USC Thornton School for the past 25 years. She is also on the faculty of the Colburn School of Performing Arts.
Posted by Lydia at 10:15 PM

Well now Lydia, you have asked us to tell our favorite things starting with a "B". Ohhh that's an easy one for me! Of course it's anyone who is a "BOWLER"!
Brothers is a good one and all the Bowler brothers love each other but sometimes you wouldn't know it!
I don't have the time right now to think because I have to get ready to get to the Diamond BAR RWF meeting tonight.
I just asked my Kevin for a "B" idea and WOW!!! He came up with the best one yet!! "BRAHMAMAMA1" Tha's me! Or my favorite school and football teams "Brahma's".

OK, Lyida... my favorite things beginning with B .. seems you covered a lot of them!
BABY - Oh I LOVE babies, especially those related to me!
BLACK labs - Such special dogs, like my Yukon was and Mr. Big Stuff is.
BUTCHER shops - Our neighborhood butcher shop was the BEST!
BAND-AIDS - Certainly a necessity.
BLUE eyes - like my children and grandchildren have.
BLUE JAYS - Such funny and fun birds.
BIRTHDAY - Celebrating those of my family are so special.
BAR - Like the one in Cheers, where everyone knows your name. The atmosphere is light and fun and the drinks are wonderful.
BUS - Oh the joy of the double decker bus ride in New York City!
BOSTON - Where there is so much history... and people talk funny. :-O) (Bass-tun)

P.S. I have to say, Trish, your contribution made me laugh! Go girl!

Thanks for writing in, Trisha and Oregon Sue. I also got a nice note from JoAnn. Which was really special. See- JoAnn moved from the nieghborhood when I was in third or fourth grade. I haven't seen her since elementary school.
I didn't know her family long- but they left an indelible and wonderful mark on my life. God Bless them all.