Greatness is Not Just in Winning 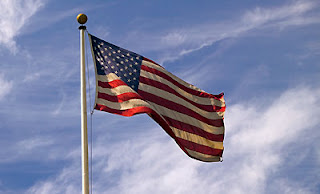 No victory is ever complete. No defeat ever total.
Politics can be a brutal sport. It exposes the souls of winner and loser alike. Lays them bare for the public.
I have never been prouder to be an American- or to have supported the Republican contender than I was last night. The election did not have to end with grace and civility. Recent history holds reams of records of sore losers. The field last night was ripe for bitterness. But nothing good has come from the tactics of spoiled men disappointed in political ambition.
This time will be different. Not just because of the historic nature of the win. But because of the character of the man who lost, Senator John McCain.
History marches on. Whatever the future holds, a barrier was broken. One that can never be erected again. Thank God.
Below is the partial text of Republican John McCain's concession speech Tuesday in Phoenix, as transcribed by CQ Transcriptions.
___
MCCAIN: Thank you. Thank you, my friends. Thank you for coming here on this beautiful Arizona evening.
My friends, we have — we have come to the end of a long journey. The American people have spoken, and they have spoken clearly.
A little while ago, I had the honor of calling Senator Barack Obama to congratulate him.
To congratulate him on being elected the next president of the country that we both love.
In a contest as long and difficult as this campaign has been, his success alone commands my respect for his ability and perseverance. But that he managed to do so by inspiring the hopes of so many millions of Americans who had once wrongly believed that they had little at stake or little influence in the election of an American president is something I deeply admire and commend him for achieving.
This is an historic election, and I recognize the special significance it has for African-Americans and for the special pride that must be theirs tonight.
I've always believed that America offers opportunities to all who have the industry and will to seize it. Senator Obama believes that, too.
But we both recognize that, though we have come a long way from the old injustices that once stained our nation's reputation and denied some Americans the full blessings of American citizenship, the memory of them still had the power to wound.
A century ago, President Theodore Roosevelt's invitation of Booker T. Washington to dine at the White House was taken as an outrage in many quarters.
America today is a world away from the cruel and frightful bigotry of that time. There is no better evidence of this than the election of an African-American to the presidency of the United States.
Let there be no reason now ... Let there be no reason now for any American to fail to cherish their citizenship in this, the greatest nation on Earth.
Senator Obama has achieved a great thing for himself and for his country. I applaud him for it, and offer him my sincere sympathy that his beloved grandmother did not live to see this day. Though our faith assures us she is at rest in the presence of her creator and so very proud of the good man she helped raise.
Senator Obama and I have had and argued our differences, and he has prevailed. No doubt many of those differences remain.
These are difficult times for our country. And I pledge to him tonight to do all in my power to help him lead us through the many challenges we face.
I urge all Americans ... I urge all Americans who supported me to join me in not just congratulating him, but offering our next president our good will and earnest effort to find ways to come together to find the necessary compromises to bridge our differences and help restore our prosperity, defend our security in a dangerous world, and leave our children and grandchildren a stronger, better country than we inherited.
Whatever our differences, we are fellow Americans. And please believe me when I say no association has ever meant more to me than that.
It is natural. It's natural, tonight, to feel some disappointment. But tomorrow, we must move beyond it and work together to get our country moving again.
We fought — we fought as hard as we could. And though we feel short, the failure is mine, not yours.
Photograph by Gene Sasse- used with permission
Posted by Lydia at 5:42 PM