Notes from the Aftermath

Orange was never more beautiful. Air traffic never sounded so orchestral than it did last weekend. 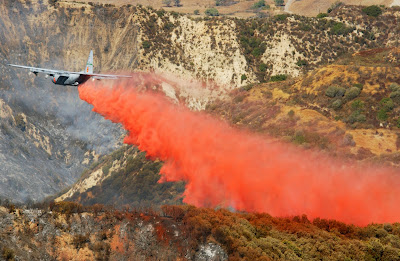 Smoke has stained the air like tea does a tablecloth, but gratitude flowers in the aftermath. Because the fire started at the other end of the Wildlife Corridor, there was time to lay down a line of Phoschek between leaping flames and Diamond Bar. This is what you need to know about living in the vicinity of bureaucratize is "an event". Getting anywhere is horrendous. One mile from home might take half an hour. Across city limits to Brea took a local hairdresser three and half hours. You might not be able to get where you want. You might not want to turn around. And even if you did, you might not be able to get back in.
Some families did double evacuations- fleeing their homes in Yorba Linda, only to be evacuated again in Diamond Bar.

On our knees or otherwise, we all prayed. 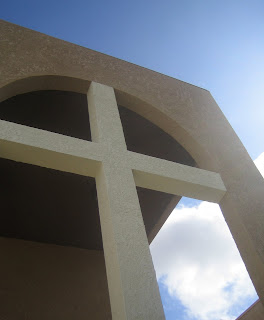 Some families were split up involuntarily as roadblocks went up. Some, like John and Trisha Bowler's did so voluntarily. John and son Daryl stayed behind to defend their home, sending Trisha to the safety of her BFFF, Councilwoman Carol and her husband, Art Herrera. Their son, Eric, tried to join his family: he couldn't.

Fire is chaotic. Kudos to the news agencies who did their best to transpose, in real time, what was happening on the ground into some sort of logical flow . That they renamed people, mismatched pictures to location names is not so important as capturing and relaying the storyline. 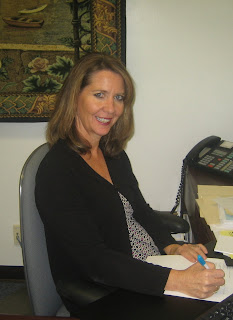 Sunday was to be the annual Diamond Bar Foundation Gala. Chairwoman Jody Roberto and her dedicated crew spent the entire last year planning and preparing for what is our town's most important social event. What does a committee do with 300 paid-for filet mignon and chicken dinners? The Foundation donated them to the Red Cross Evacuation Center at Diamond Bar High School. Andrew Wong, Ling-Ling Chang, Bridget del Rio Cortes and others work their phone numbers in an effort to get out the official cancellation notice. Staffing the Red Cross Shelter with volunteers was easy duty.

Refugees never ate so well as they did that night in Diamond Bar.

Yesterday morning, as I was finally able to leave the house on errands, I saw the most beautiful site. Firemen having coffee at Starbucks. They were packing up to go home. I craved to take their photograph: but I did not want to delay them getting rest for so long as a nano-second. 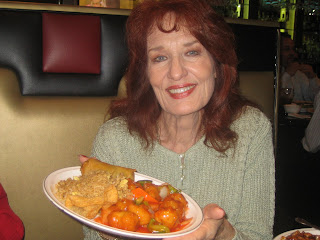 The emergency ebbing, Edda Gahm and I kidnapped our refugee friend, Trisha Bowler,
for lunch at a favorite hang-out, the Mandarin Taste Restaurant.
Afterwards, we dropped-in across the parking lot to the office of Assemblyman (and now California State Senator-Elect) Bob Huff's office. Jody is a field rep there. A legislative briefing by the Office of Emergency Services was about to start.

While Edda and Trisha "caught up" outside, Jody let me listen in on the linguistic ballet of government. The data download. Questions ladeled without corruptive nuance. Phrases not used in normal conversation normalized the fluid chaos into something solid which could be handled. Phrases like interested parties, pre-position of assets, migration of resources. These words, out in public are too droll and emotionless. But in this setting they an aria filled with wisdom, hope and promise. 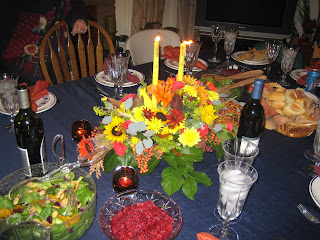 after a fire will have special signifcance. So close disaster. Diamond Bar and her people were spared only because we were given time. That gift which is either spent well or squandered. There is no in-between.

As we count our blessings this year, because we were spared, we have a special responsibility . We have a duty to assess our challenges and craft from them something of greater value.

Next time, the fire might start closer to us. How can government prepare with the facts of this region to continue our good fortune?

There is a map. The map of the Wildlife Corridor Conservation Authority. If you look where the Triangle Complex Fire traveled- you see where it started and where it was headed. If the wind had not slowed down, if the fire had not been stopped where it was- the fire was headed straight to Rowland Heights, Hacienda Heights and Whittier. The potential for loss of property which would dwarf what happened in Sylmar and Montecito is real. How to avert future tragedy?

The duty of government is to do collectively us what we cannot do as individuals. When it comes to change, I don't want it to be spare. I hope it is comprehensive and forward thinking. It is time to build a reservoir. This would give us some water-independence from the MWD- who has announced- as I recall- a 40% rise in rates over two years. It would give us an additional water-source to fight fires or to be otherwise accessible in the event our imported water is cut off by an earthquake.

Planned well, there is the real potential in pairing this local lake with a bypass roadway in the Tonner region. Not just mitigate everyday traffic problems. With the anticipated increase in traffic from the proposed NFL Stadium, it would be a relief valve for any increase in traffic on the 57/60 Freeway Interchange. It would provide a real defensible line against wildfire or an escape route for other disasters.

Hills for Everyone has a great map of where the fire path, actual and potential could be followed on page 33 at http://www.hillsforeveryone.org/about-the-corridor/pdfs/Schlotterbeck-report.pdf

Top photo is by by Sr. Master Sgt Dennis W. Goff, courtesy of US Air Force. Believe in Sylmar area.

MWD is Metropolitan Water District
Posted by Lydia at 7:25 PM

Lydia, What a wonderful recap of the recent story of Diamond Bar and beyond! I enjoyed it so much. Loved your photos even tho I looked tired and stressed and every bit my years. Oh that son who couldn't make it home was Kevin, Daryl's twin. Eric lives in San Francisco and hadn't even been watching the news! Of course oldest son John III was calling many times a day!
YES! You said what I was thinking about this year's Thanksgiving will have a new meaning to our family and I am sure to many other DB residents too. Continued prayers for those who weren't so fortunate.
Thank you dear friend!
XO Trisha

Thank you on the correction on the names- what I know about all those big, handsome men in your family is that they would ALL be there to lend a hand to the entire neighborhood if they could.

I'm glad you guys are safe and sound! We had a few families from Mt.
Calvary who had to evacuate, but nobody lost their home... Praise the
Lord!
Pastor J

We are fortunate. A friend who teaches high school in Yorba Linda had 10 homes of students burn to the ground this weekend.

Fires, earthquakes and floods in Malibu - and I still love living in southern California !

Check out the above article. (Copy and paste in your browser) My neighbor Karie Fredricks' cousin is the hero! Who knows but what he caught the arsonist who set ALL these fires! The "resident" in the article is Karie's cousin, Matthew Freeman - whom we consider a hero!

God Bless you Matthew for being a GREAT AMERICAN and having the courage to confront this maniac! Thank you Matthew from us all!
XOXO Trisha Bowler

I'll check out the story tomorrow. Please ask Karie to thank Matthew for all of us. Too many people are willing to look the other way.
An accident is one thing. Kids being stupid is one thing. Causing purposeful harm is something else all-together.

I saw you on City Council tonight !! I wanted you to also say that a bypass road would SAVE THE WILDLIFE!!! Heck, it would help to stop the fires and save the lives of the creatures!! Simple!! Thank you for standing up there making a beautiful presentation! As I watched them all stand and thank everyone I KNEW I should have been there doing the same!
I cried as I listened to Vinod! In a while I called his house and left a tearful message thanking him for saying such a beautiful speech and I was in tears as I told him on the message. He said it all!! That's what I felt too. AMERICA THE WONDERFUL!!"

I have never been more proud to be a resident of Diamond Bar. Vinod Kashyap's speech had the WHOLE audience misty-eyed. Will see if I can post it tomorrow. There were alot of stats at meeting which really drove home how much more tragic it could have been.

Lydia, I meant to tell you!!! That photo you have posted of Daryl's friend Kinney's house? Well after that photo was taken there was a gas leak in the garage where all his computers, valuable collectible car, etc. were located. The firemen had saved the garage after Kinney begged them to save it. Well, the gas leak met the fire and it all exploded and now the entire house is rubble! Did I tell you that Kinny bought that house on one of those adjustable's and was losing it? However, he was working something out and would probably get to stay in the house.....and then this happened. So sad.
Kenny owns a limo company and is well known in the entertainment industry and with wealthy clients. They are getting together and planning a benefit of some kind for Kinney and his family. Aren't people wonderful?

What a time, Lydia. I am so very glad that you and yours weee saved from the horrors of this fire. It certainly must have been a really diffult couple of days....The AIR Alone, almost unbreathable.
I hope you can get the water so needed in your area.