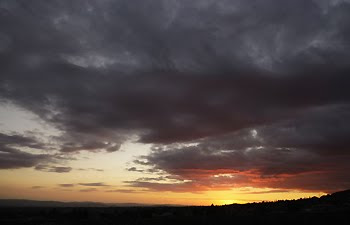 What we choose to remember determines our happiness.
Remember the tranquil sunrise after a storm.

The snow on the mountains, not so far away. 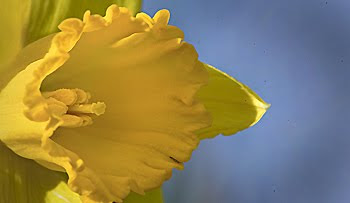 The bright smile of a daffodil- close up. 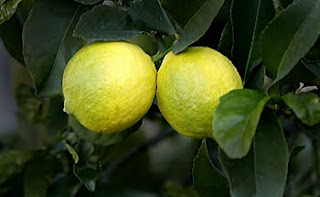 Fresh lemons to pick from trees in the middle of winter with which to roast.
This is why I live in California. Why this is a good life. Not the weekday traffic on the 210 Freeway between Diamond Bar into Pasadena.
Back to the garden. 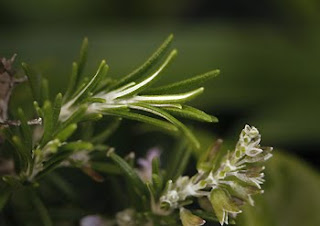 Rosemary. The Getty Villa uses them to border their garden because the bushes clip evenly, though on different sides of a planted bed enjoys different levels of light exposure. 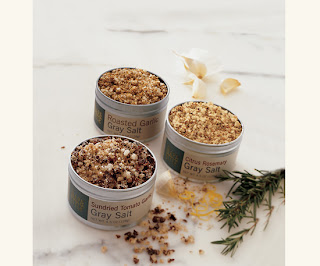 I have a new favorite seasoning! NapaStyle Citrus Rosemary Gray Salt. Taste testing in the NapaStyle Pasadena store, my "Brawny Dude"- his big brown eyes lit up when he tasted the gray salt. It is infused with bold bits of rosemary and zesty gratings of lemon and orange rinds. We brought some home to experiment with.

When my mother- in- law came to spend some time fattening up here, I double checked that there was no gluten content. Didn't think so, but she's a bit frail, and it isn't right to take chances with someone's health.
An E-mail to James Franklin of the South Coast Plaza store was answered right away. At this time, all the NapaStyle salts and rubs are gluten-free.

So grab your favorite arroz con pollo (rice with chicken) recipe and make the following adjustments:
In a dutch oven- saute a diced scallion, some carrot slices and Basmatti rice in butter until the scent starts to lift you closer to heaven. Then press some celery sticks to hold the chicken (this raft holds the cooking chicken off the bottom of the pan- into the rice. Remove from heat.
Stuff the cavity of a whole chicken with a lemon skewered with a branch of rosemary- one from not too low on the plant in case the neighborhood boy dogs have been marking the herb garden, if you know what I mean.
Slide a knife between the skin and meat of the chicken breast. Tuck 4 or so garlic cloves in these pockets.
Set the chicken on top of the rice- and sprinkle what looks like the right amount of the Citrus Rosemary Gray Salt.
If your recipe calls for water- use a good chicken stock instead. Cover and cook as directed.
After the dinner prayer, when you taste how special something so simple to prepare tastes, don't thank me. Thank NapaStyle founder Michael Chiarello. He makes us gal's look like we know what we're doing in the kitchen so much easier.

Thank you to Gene Sasse for permission to use the top 5 photos. http://genesasse.com/
NapaStyle is the source of the salt packaging image . Order some so they will forgive me for ripping it off their site. http://www.napastyle.com/catalog/section.jsp?categoryId=517

This post is dedicated to Julia Child. If I post this quickly, it is still the anniversary of her first episode of The French Chef.
No pets were harmed in cooking this recipe ( If you read my last post, you know what this means).
Posted by Lydia at 10:43 PM

Email ThisBlogThis!Share to TwitterShare to FacebookShare to Pinterest
Labels: Food and Wine, lessons from the garden