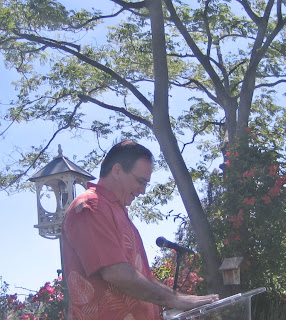 Like TV, the Internet can be a distraction. Used wisely, it is a catalog of connection.

The first person notified outside the family my mother died was Bob Huff. He E-mailed back right away, "Let me know if there is anything I can do. "

I sent the time and date of the memorial service. Asked if he would do the honor of speaking a few words on mothers and motherhood.

Being a CA State Senator and it being the Memorial Day Holiday, Bob had places where more voters would have seen him. But Bob chose to be with my family.

One of the quotes Bob chose to read were words our first President, George Washington, used to describe the importance of his own mother to him: 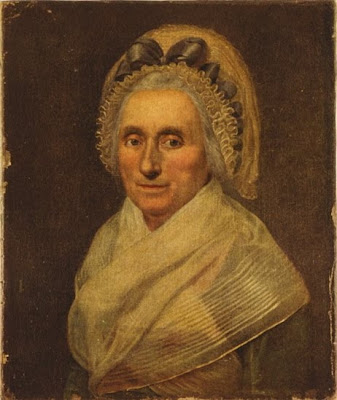 "All I am I owe to my mother. I attribute all my success in life to the moral, intellectual and physical education I received from her." 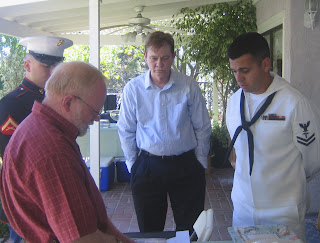 Our regular pastor would be in Japan. I didn't want a substitute who had no personal connection to my mother.

An E-mail from Roger McClain tapped open long dormant factoids from slumber. He and Gerry were colleagues who became friends. He met my mother while she was staying with us. A retired US Air Force Colonel, he and his wife, Karen, coordinate the Senior Adult Ministries for Glenkirk Presbyterian Church in Glendora. This made Roger the PERFECT chaplain.

Roger accepted. His skills provided a safety net of knowing all the bases were covered in the order they should be. Indeed, the full military honors was not confirmed until the day before. Without Roger taking charge, I didn't know where in the service the 21 gun salute takes place.

There is comfort- and yes, joy- knowing that from where Mom looked down from heaven- she had to feel the care with which her service was prepared.

How details are executed at such times tell the story. The choice of cremation, if not accompanied by rituals of substance can mean the family is throwing away the deceased. No more than a good riddance.

Not so with mama. This summer, when her ashes are spread, she is being set free. To be with the mother, the daughter and the grandchild who were taken too young.

I don't know how such reunions take place in the next life. But I believe God has a plan for how we'll connect. Whatever it is; I trust He has a plan finer than I can imagine.

Beautifully said, Lydia. Lunch was so enlightning relative to your mom. What a beautiful lady she must have been. God bless you for your love and care. Love, Lolly

That was beautiful L. Got me a little teary.
Hugs and love.

I don't believe I ever met your or Senator Huff's Moms, Lydia, but I'm a firm believer in that old saying about the fruit never falling too far from the tree and, that being the case, there are two things of which I'm certain: Both your and Bob's Moms could only fall into that rare category called "Very Special People." One need only read your posting here to know the truth in that assessment.

You and your family have my deepest and most sincere sympathy on your loss. And your and Bob's mothers have my unwavering gratitude for having raised such classy children, both of which I consider myself very fortunate to call my friends.