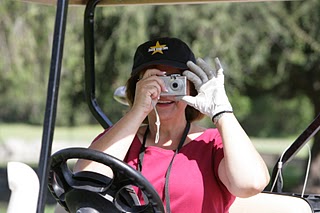 Have camera. Take pictures. Be a keeper of your family history.  You can not only go home again. You can relive the moment. Even those that came before your time. 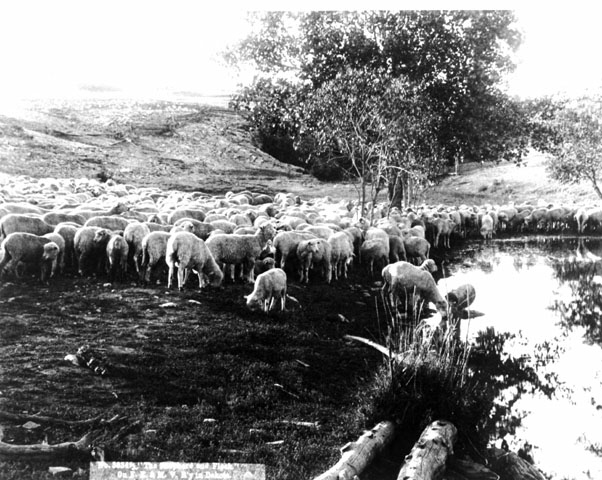 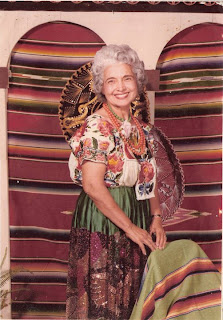 My niece Anka brought this photo of my mother with her her last trip down from Portland. Her grandmother sure had a great smile. No matter what was going on, going wrong,  mom believed in smiling right through it.

The marlin leaping was oldest son Trevor's first big game fish. It was Thanksgiving weekend. He was probably 9 years old. 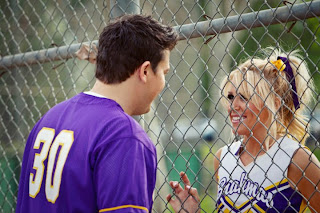 Kenny and Shannon will always be each other's big catch. Which is saying allot since he landed his first marlin the day before his brother did. Kenny was 6.
2011 is the year of the Great Photo Project here.  There are the historic photos like of the sheep courtesy of teacher Tracy Morris of Maple Hill Elementary School. Those are being cleaned up for the Diamond Bar Historical Society and written about for DiamondBarPatch.com
While I was very good about cataloguing and labeling photos of our early years of marriage,  and our sons each have an album of their own from growing up, those were days when archival materials were not widely available to the general public. So now we are carefully lifting older albums off the shelves to keep photos from falling out in random order. Refitting photos into new archival  albums at the rate of 2 a month- this won't be a burden on finances or time. Just patience.
Gerry is taking duty with vintage- antique really- images of his side of the family. Thanks to Facebook he is in touch with relatives who are helping him both build stock and properly ID people and places. It turns out not only does he have a relative who died being hit by lightening, a grandmother who died after eating mushrooms- there is also one who died from a mule kick.  Yes. Such info may not have commercial value, it is still priceless.
I am on break from vintage family photos- THE wedding pictures are here. The album will open  not with the ceremony, instead opening with a few historical benchmarks. A childhood picture of the bride and groom. The first date. Their graduation from high schools  into adulthood. A section dedicated to the engagement party. Only then will the moment be ripe for images from when they cemented their unity as one.
Someday, should the good Lord bless us with grandchildren, then I shall show them what destiny looks like. They'll see it through the pictures of their parents growing up and in love.
Posted by Lydia at 12:28 AM

Facinating family lore, L. OMG, 'death by mule kick'!Glad you are saving your photo albums. It will be of great importance and interest to your grandchildren. xo

I think you got the wrong name credited to the sheep photo. You said "teacher Shannon Morris". I don't think Shannon and her sister have the same first names. lol

How funny that this morning I opened this blog to read about vintage photos. Just a few minutes ago before I came downstairs this morning I was pulling out very old photos from my childhood album. They dated back to '52 to '57 and all the years in between. It's because of Facebook! I belong to a FB group of alumni from Parnell Preparatory School for Girls and we are sharing memories. I have the most photos of anyone. Now to scan them and post. I already posted some months ago but they clamor for more! :)
I loved seeing that photo of your mother as I had never seen her before. I can see the resemblance.

Sue Yeah, Gerald's lineage is full of people who died of farm-living related accidents. My father's side of the family largely died of tobacco-induced illnesses.

Trisha- Thank you for catching the correction. You missed your calling as an editor. Something I miss terribly on this blog. Especially when I am up past 1 am waiting for a message):- Writers should support National Editor's Day- if it doesnt exist, we should start it):-

L,
Well I used to proofread for you on The Windmill. I love to do that. Anytime you want someone to read over your copy before publishing I would be happy to.

The gremlins ate the comments for Friday the 13th!

i just got a new camera cant wait to start using it. your mother looks cuute.

have a great rest of the weekend!

Thank you Christina. Very nice portfolioon your web page. You have flair!