I married a MacGyver~ Eclipse Day in the Garden 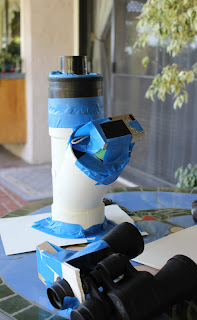 MacGyver, the action adventure hero played by Richard Dean Anderson from 1985- 1992  has nothing on my husband when it comes to rigging up parts to solve a problem. Like watching a solar eclipse safely. 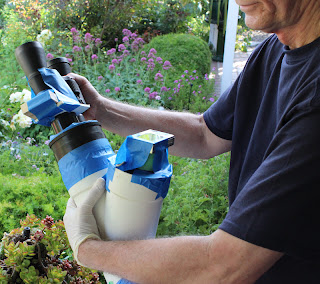 The parts I recognize underneath all that blue painters tape include a digital camera, binoculars, cardboard and a part of the shop vacuum.


From the map with more red dots than a kid with chicken pox posted on his Facebook page with where his travels have taken him- he probably has seen as much of the world as the Hollywood  fictional spy was scripted in. Israel 7 times,  he stopped counting Norway trips at 54, Great Britain he visited even more. And those are just a a very tiny portion of Where in the World is Gerry.

Of all the places he's been, where's my globe trotter's favorite spot - why Diamond Bar, California, of course! 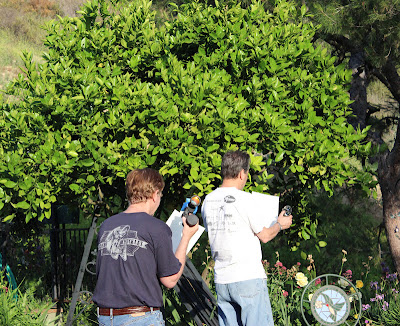 Dennis McCreary, the Civil Engineer next door, came up with his daughter to check out the viewing device. His daughter named this scene "Nerd Central".  What did they see? 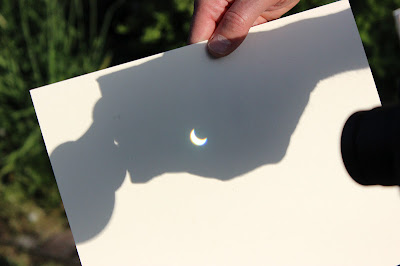 Now that I've shared the "scientific" part of the day- if I can only get through my list at a decent hour, tomorrow I can catch up posting some of the garden's splendor.