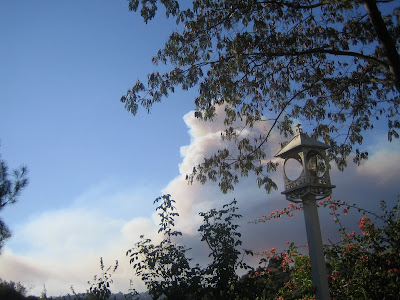 103.8° was today's high. Fires continue to rage through the lower mountains bordering the Los Angeles basin. It is too familiar, this ritual of nature- the smoke choking the oxygen out of blue skies. Wildlife skittering and slithering for safety. Their's- not ours. 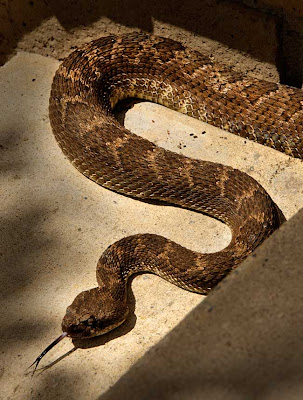 "The rhythm of the seasons gives us insight into the ups and downs of life. There are times when our lives go through discouraging and demoralizing events. Sometimes it seems as if one disaster follows another until life itself resembles the outer regions of Hades, I wonder whether the Lord allows us to suffer and endure such times so that when the crisis pass we can fully appreciate the world He's blessed us with." 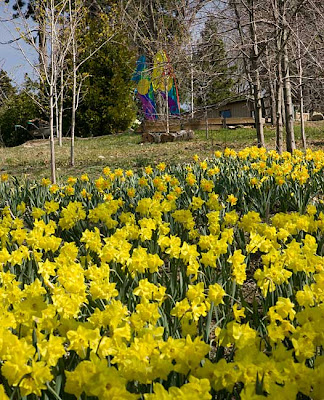 These daffodils light up the forest floor in a part of the San Bernardino Forest which burned after they were planted. When fire destroyed some of the trees- it opened the opportunity for more blooming faces in the meadow.

Fire season is a normal part of seasonal rhythm in Southern California. Sometimes the first spark is lit by lightening. An accident. Worse- arson. But worst of all is when calamity is made worse by government policy.

The drought in California is caused by more than God's hand. Looking for photographs- I found this link which perfectly shows what can happen when the political class acts as though they are as wise as God and without any limit on resources to impose their will.
http//beetlebabee.wordpress.com/2009/06/01/dead-and-dying-californias-central-valley-dust-bowl/

A government cannot rule wisely if it does not rule with humility. Knowledge is common. Wisdom and humility are not. Pray for these so that this season of government arrogance will end soon, as will the fire season. There are good people in government service: they need us to help nudge their colleagues to do what is right rather than what they think will make them popular. Then prosperity will flourish and all the goodness that makes possible.

John Scharlemann is the Pastor of Mount Lutheran Church in Diamond Bar. He is not responsible for the thoughts expressed here, except his own. If you know someone seeking a Chinese Language Christian service, there is one held on Sundays at 9:30 AM

The top photo is from my personal collection. The others are by Alta Loma Photographer Gene Sasse. Used with permission.