Friday Philosophy- The US Family of 3 Political Parties 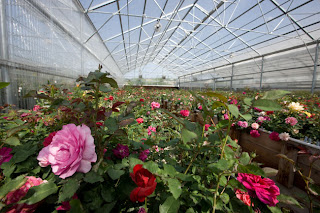 Breaking News. According to Horticulture Week, "All America Rose Selections (AARS) - the US rose brand - has become the latest victim of the recession as challenging market conditions have led its backers to abandon..."

As a writer, I will review what was about to be posted in light of what I believe is imperative in the coming election. To vote economics. 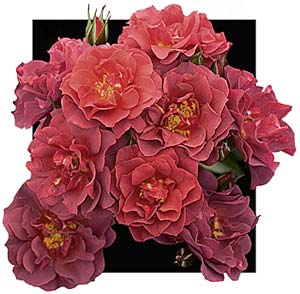 "Our scientific age demands that we provide definitions, measurements, and statistics in order to be taken seriously. Yet most of the important things in life cannot be precisely defined or measured. Can we define or measure love, beauty, friendship..." Dennis Prager 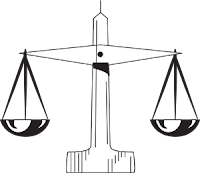 I see trinities everywhere. High, medium and low maintenance gardening. Foreground, middle ground and background. Appetizer, main course, dessert. Father, Son and Holy Ghost. It is a natural order to have opposite weights and a fulcrum on which to balance.
The United States of America has three major political parties. Republicans, Democrats and Decline to State serve as a family. Republicans are the papa party- valuing respect over love. Republicans respond to studies when they support of common sense. Democrats are the mama party, prioritizing love over respect. Democrats, as explained to me by a leading California Democrat,  design studies to support where they want the conclusion to go. Decline to State, their sometimes-rebellious, always-malleable offspring, want momma and papa to not fight so much.

"Why? Why not?" my mind is trained to look for seeds of ideas to plant, eradicate or ignore. The seedbed of my political philosophy were planted in the public era of Martin Luther King and the Vietnam War. At home, the intensity of uncertainty of my father's term of unemployment tattooed the importance of employment. Employment is more uplifting than benefits, which while necessary, are often demoralizing and demotivating.

This decision to become a Republican is add odds with the family history (Irish by way of Boston and Puerto Rican) birth City (Los Angeles) and state (California). As a writer, this decision is definitely not a career propeller. However, it is the right one because it is in line with my beliefs and values. 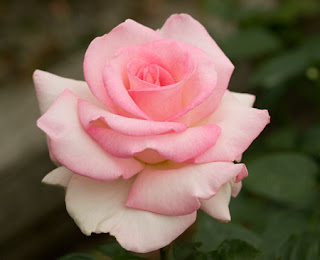 I am a resident of the world. A citizen of the United States.
What would Jesus Do? Jesus is the ultimate non-partisan. He is neither conservative or liberal. He believed in Separation of Church and State enough to die for it. And us.

Government is not inherently good or bad. It is necessary. To achieve excellence, it is focus or fail.

Government is an inefficient engine of economic growth.

It is better to be good than famous or popular.

Good vs Evil is WAY more important than Rich vs poor.

Complexity and profundity are not synonymous.
Without respect, love dies. Without respect, love is an enabler.
Extreme caution is to be exercised in public/ joint ventures as when there is no clear demarcation of responsibility, the conflict of interest is conducive to  corruption.
As I get ready to cast my ballot, I will start with the incumbents. If they have been consistently focused on creating jobs, they have my vote. One particularly ineffective Senator is Barbara Boxer.

Coming into this election, I wasn't certain I would be public in support of Carly Fiorina. My philosophy does not require me to cower from personal conviction. Individuals matter.

Monday I observed her calm response at a press conference following the Town Hall with Asian American Community Members in the  Los Angeles Area to a hostile-sounding press member. 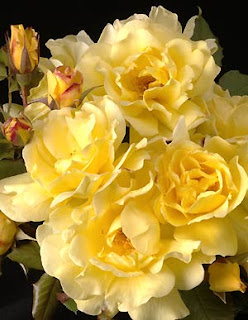 The reporter loudly projecting may not have recognized the irony of his question. It sounded like he did not understand that some American citizens come with Asian accents. An odd isolationist sentiment coming from someone who usually sounds profoundly international.

Carly was polite, but did not pander. She clearly understands the importance and realities of trades. The goodness that comes from the great American path built on the economic engine fueled by private enterprise.


If your political philosophy is different. Please. Join my in buying a rose. Support our country by supporting its industries.

Rose images by Gene Sasse.
"Scale of Justice" by Mohammed Ibrahim. Public domain
Scoreboard by Electro-Mech Scoreboard Company
Posted by Lydia at 9:26 AM

Well stated, L!!
I will go to Jackson & Perkins and get a new rose this fall. Any suggestions? xo Sue

Greetings Sue! Since I don't know your climate well- I would go to the expert with rose grower Weeks Roses Ann Hooper. Tell her your name, what you want from a rose (hedge, climber, color) and where you live. She can be contacted at

Ann will get back to you!

L & S,
I would think since Jackson & Perkins is located in Oregon and roses are their business, they could direct you to the correct ones for your climate there.
I purchased our hedge pink roses from them about 25 years ago. Still going strong (when John remembers to feed them:)

Great blog Lydia! I am always pleasantly surprise when you write about politics on your blog. In the past you have stated that it could cause problems for your writing career. Don't want that to happen but you write with an open mind and are respectful of others and their beliefs.
Glad you are onboard with Carly!
Now let's all get to work and go to your nearest headquarters and make some calls! :):)

Good suggestion Trisha.You pointed out how long living a beautiful rose can be.
Why Jackson and Perkins was not at the top of the list is that as a retailer, their interest in what they recommend is limited to their "house" brand.
As a grower, Weeks serves a wider audience, with a vastly wider product selection.
The entire horticulture industry has gone through radical changes the past two decades. Much like Aerospace, Where the work is done and who owns the companies has changed.

I just checked J&P's retail catalogue- and it looks like their Chapter 11 bankruptcy filing earlier this yer really hit their rose line. Not much in selection.

Far bigger selection at Weeks. Once Sue has a rose picked, we can track it down if Week's can't recommend.

This is probably just me doing my customary fly waste vs pepper sorting, but, I'm sorry, the Dems can't be the "Mommy" party.

C'mon. Everybody knows all the smart and good looking women are Registered Republican.

Like Yoggi used to say: You could look it up.

Gene Sasse turned me onto your blog. Good to see some clear thinking. Great article.

Sue- Let me revisit your question on which rose to buy. Julia Childs is so YOU!