A National Day of Remembrance 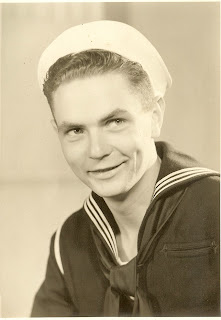 “Since the inception of the United States of America on July 4, 1776, every generation of Americans have been called on to defend freedom and liberty. Over the years more than forty two million American men and women have served their country in time of war. “
-Department of Defense, United States of America
With our nation apparently on the verge of war, George Lent was seventeen when he enlisted in the Navy. His mother wasn’t thrilled. But she was a widow and he threatened to run away and join any way if she didn’t’, so she signed. He was stationed in San Francisco, about to watch a movie when the Japanese bombed Pearl Harbor. 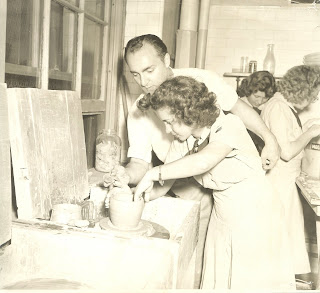 Towards the end of the war his arm was broken when he was jumped by an ethnic gang. That landed him at Bethesda Naval Hospital, where he met a pretty Puerto Rican WAVE, Ethel Sepulveda. With a degree in chemistry, Ethel was working as an occupational therapist. The doctor on duty thought they made a cute couple. So George stayed in the hospital maybe a little longer than he might have otherwise.
That is the story of how my parents met. It is why honoring those who paid the ultimate sacrifice so that we could live in freedom was always remembered in our home growing up. Not as a sad day, but more like an Irish wake, where the sacrificed lives were celebrated and held up as eternal heroes.
As the sun rose on Memorial Day, the family’s American flag with 48 stars was retrieved from where it was properly folded. It was hung on the side of the house from a bamboo pole, cut from a clump in the backyard, stripped of its leaves and outfitted for duty with a couple cup hooks.
As in all cultures when the dead are remembered, the food was ample. Hot dogs and hamburgers were barbecued over coals that smelled of lighter fluid. It was a day when we there would be extravagances: real buns, potato chips and sodas, although not usually the name brand. My father was a man whose taste buds were fulfilled with Brew 102 Beer. He was not going to spring for Coke or Pepsi when a store brand would do. My mother always baked a cake from a boxed mix. The three of us girls took turns whipping frosting out of shortening and powdered sugar with a little artificial vanilla flavoring.
I offer the following statistics, abbreviated from what can be found on the Memorial Day Foundation http://www.memorialdayfoundation.org/info.asp?id=1957<
without comment, for your consideration and discussion on this hallowed day.
Military Casualties 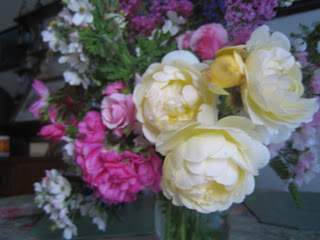 I am fortunate. My favorite veteran, my mother, is still alive. This week she is raking in the flowers. She received a couple roses with no stems to make potpourri with. She got a pot wrapped in red white and blue filled with chrysanthemums and decorated with a flag. Then today she got to arrange the roses from my garden just as she used to do when she had a garden of her own.
I wish you all a Memorable Memorial Day. Put up the flag. Rev up the barbecue. Give flowers. In the Minute of Silence at 3 pm local time, pray for God Speed to all who serve us, past, present and future.
Posted by Lydia at 9:56 PM

Lydia,
I thoroughly enjoyed your Memorial Day piece. Love the photo of your mom and dad and even tho I couldn't see her full face I could see the resemblance of you.
What a coincidence....My mother's sister, Zora, married a Naval man in 1972. (I was present at the wedding, not showing yet but pregnant with my now 35 year old son, Eric) Aunt Zora's in uniform Naval husband was Robert Lent.
Wouldn't it be a hoot if we were related through marriage! :):)
XO Trisha

The top photo is my dad. I'm not sure who was also at the potter's wheel with my mom, but it was too good an action shot not to include.
Its hard to believe you have a 35 year old son!