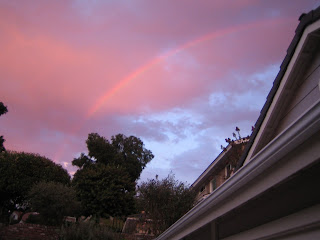 Prayer is a part of a good life. I believe in its power.

This morning I received a note from Patty Gee asking for prayers for a very special young man, her nephew, Patrick Jue. He is only 21, but at the time of this writing he is fighting for his life in the ICU at Berkeley.
Patrick is a student at Berkeley. How he has chosen to live a full life- despite being afflicted with Spinal Muscular Atrophy (SMA) is an inspiration to many. A simple cold has his father traveling from Boise to be at his son’s side during this crisis.
His Aunt and I invite you to join us in prayer for Patrick’s and his family. We ask that God touch his body and heal it, and for his heart to be touched, as well. We pray for wisdom and guidance for the doctors, nurses, and others involved in Patrick's care.
As Christians, we believe that salvation is through faith. So when a loved one has chosen to keep his thoughts on faith private, it can be stressful facing possible separation in the next life. We pray above all else, to see him there, free from his infirmity.

Please join us in praying for this very special young man. The following is his nomination in 2006 for the 2006 Idaho Personal Achievement Award in recognition of his inspiring academic excellence and personal achievement.

I don’t know about you but when lemons get thrown at me I see how fast and how hard I can throw them suckers back. They don’t taste good, make you pucker and have no real redeeming qualities. Fortunately not everyone has my type of attitude. There are some people out there who can do this and I have gotten to know one of the best lemonade makers that I would ever hope to meet.
My name is James Ebbers. I have worked at the Nampa Fire Department for the last eleven years and it was through this organization and the local muscular dystrophy office that I got to meet this special person. As a firefighter I was involved in the departments “Fill The Boot” drive from the time that I was a rookie. I really did not know what kind of organization it was that I was helping to support and where the money went but did it just because everyone else was doing the same thing. It wasn’t until a couple of years later that I was approached about being a counselor at an MDA camp. This was where I met Patrick.
Before going to camp I met with the local MDA representative and she told me that since I was a firefighter and had some EMS experience she was assigning me to a camper with a great deal of needs. This camper was unable to do most all of the everyday things that the rest of us take for granted. She asked me if I was okay with this and that is when I made one of the best decisions that I have ever made, I said yes.
It was a week before camp when we first met. Here was this young man(13) who was very shy and reserved. He only had controlled movement of his head and his right hand which he used to steer and tilt his powerchair. His mother basically translated everything for me because his voice was so quiet due to his diminished lung capacity. The meet was at a picnic and his parents spent the entire time taking care of and feeding him. I was given a short novel that his parents had created on how to take care of him. They informed me that this was to be the first time that he had spent any time away from them and that they would be camping that week in an area close to our camp. It was then that I really began to wonder about what I had gotten myself into.
Camp week was upon us and I finally got to know my camper. Patrick turned out to be an inspiration to me and everyone else around him. He showed me how little an almost total physical disability didn’t limit the life that he lived. His smile is infectious and shows up often. We were involved in most camp activities including arts and crafts, waterfront games, board games and of course hanging around the big boys cabin where the computer, extra snacks and movies were. Where he was not able to accomplish things for himself I became his arms and legs. The chess matches he had with Ian became something of a legend in the camp. When they became involved in a game there would be quite a crowd around them by the time they finished. Everyone enjoyed the masters making their moves. Then there were the marathon Monopoly games. Made all the more interesting by Patrick’s smart aleck comments, especially about the flea bag hotels that I liked to have on Boardwalk and Park Place.
Patrick did not like to talk about his disease much. As he was already in a power chair when I first met him I asked when he was first restricted to a wheelchair. He told me that he got his first chair when he was about two and had just begun to learn to walk. His life expectancy, optimistically, was twenty-one. Most of his nutrition was given to him at night through a feeding tube. He enjoys getting something to eat at mealtimes but is not able to get much done as everything he eats must be pureed. At night he wears a breathing machine so that he is still able to breath when he lays down. During the night when he becomes uncomfortable and needs to move he must notify someone so that he can be turned to one of the three positions he is comfortable in. Then in the morning there is yet another machine to help expand his lungs and get him ready for the morning. After that it is back to the races to go out and enjoy another day at camp.
These are many of the things I learned about Patrick during our first year. When I left camp I was exhausted but yet exhilarated by my experience and realized that I had met someone extremely special. But I was also truly saddened. There was no way that this kid was going to be coming to camp next year. He had already taken a trip sponsored by the Make A Wish foundation where he visited Washington D.C. and his condition was only going to get worse without a major medical breakthrough.

He was only getting some stuff out of the way so he could concentrate on other things. This year will be our eighth camp together. Since I met Patrick he has graduated from Capitol High School with a grade point average that I didn’t think was possible. Just graduating was of course not good enough for him. These are just some of the things he was involved in and awards he has earned:
National Honor Society-based on 4.0 GPA, community service, faculty nomination
Bausch and Lomb Scholarship-nominated by faculty, science award finalist
Best History Student-outstanding paper/fictional
US Bank/University of Idaho-top 10% of Idaho juniors
Who’s Who Among American High School Students-based on faculty nomination, GPA, extracurricular activities
Spanish Student of the Year
Boys and Girls Club Ada County-tutored younger kids with homework
Going Places Making Choices-University of Idaho summer camp for urban transportation, environmental impact issues
Student Equality Achievement League-club member and Sophomore Class Representative-emphasized accepting diversity
Aaron Brooke Place Assisted Living-volunteered as companion to residents and even made a videotape of one resident who was a veteran serving on Oahu after the attack on Pearl Harbor during WWII
Rivers United of Idaho-picked up trash on Boise River Greenbelt, painted warning signs on storm drains
Self Taught HyperText Markup Language (HTML) and made his own webpage
Self Taught how to make signs and cards-converted into a job creating door hangar advertisement for legal services
You could say that all of these things were things he did so that he could accomplish something that he had always dreamed of. Patrick’s father, grandfather and several other family members had attended and graduated from the University of California Berkeley. Berkeley admits about 8,700 freshmen per year. There are on average about 36,400 applicants every year. According to the school, 99% of the freshmen graduated in the top 10% of their class with an average weighted GPA of 4.24. They must also take the SAT-I (Scholastic Aptitude Test) once, SAT-II three times and score extremely well (min 1400 out of 1600 on SAT-I and 530 out of 800 on each SAT-II). The University then looks at your high school grades, your extracurricular activities and what you can bring to the diversity of the school. Patrick Jue is now in his second year at Berkeley and has already achieved junior standing. His current interests, not surprisingly, are working with the disabled. He has had a couple of hospitalizations that have temporarily set him back but he has fought through them and is determined to finish school and not be a “bum”. He wants to get a paying job so he can get off the government dole. Patrick has made a habit of surprising me with what he can do and what he has accomplished over and over again. When I was asked to write this recommendation for him I was told that we were already late getting it in and that there was not much of a chance of him receiving this recognition. My only thought was don’t bet against him, I never will.

Thank you in advance to those of you who are moved to pray for him.
Posted by Lydia at 3:06 PM

Will put Patrick on the prayer list for my church. We'll all be praying for him.